Fans of the tabletop role-playing game Star Trek Adventures are in for a treat with the release of the new Gamma Quadrant Sourcebook. Building on the core rulebook and starter set, Modiphius Entertainment provides deep insight for players who want to dive into the political intrigue and danger of the Dominion War.

A Different Focus From The Core Rulebook

Most of what fans of Star Trek know of the Dominion War is shown in Deep Space Nine, which aired from 1993 to 1999, taking place in roughly the same time frame as The Next Generation. Unlike the adventures of the Enterprise in the core rule book for Star Trek Adventures, the focus of the Gamma Quadrant Sourcebook lies not in exploration, but in navigating the increasing conflict of the Dominion War. 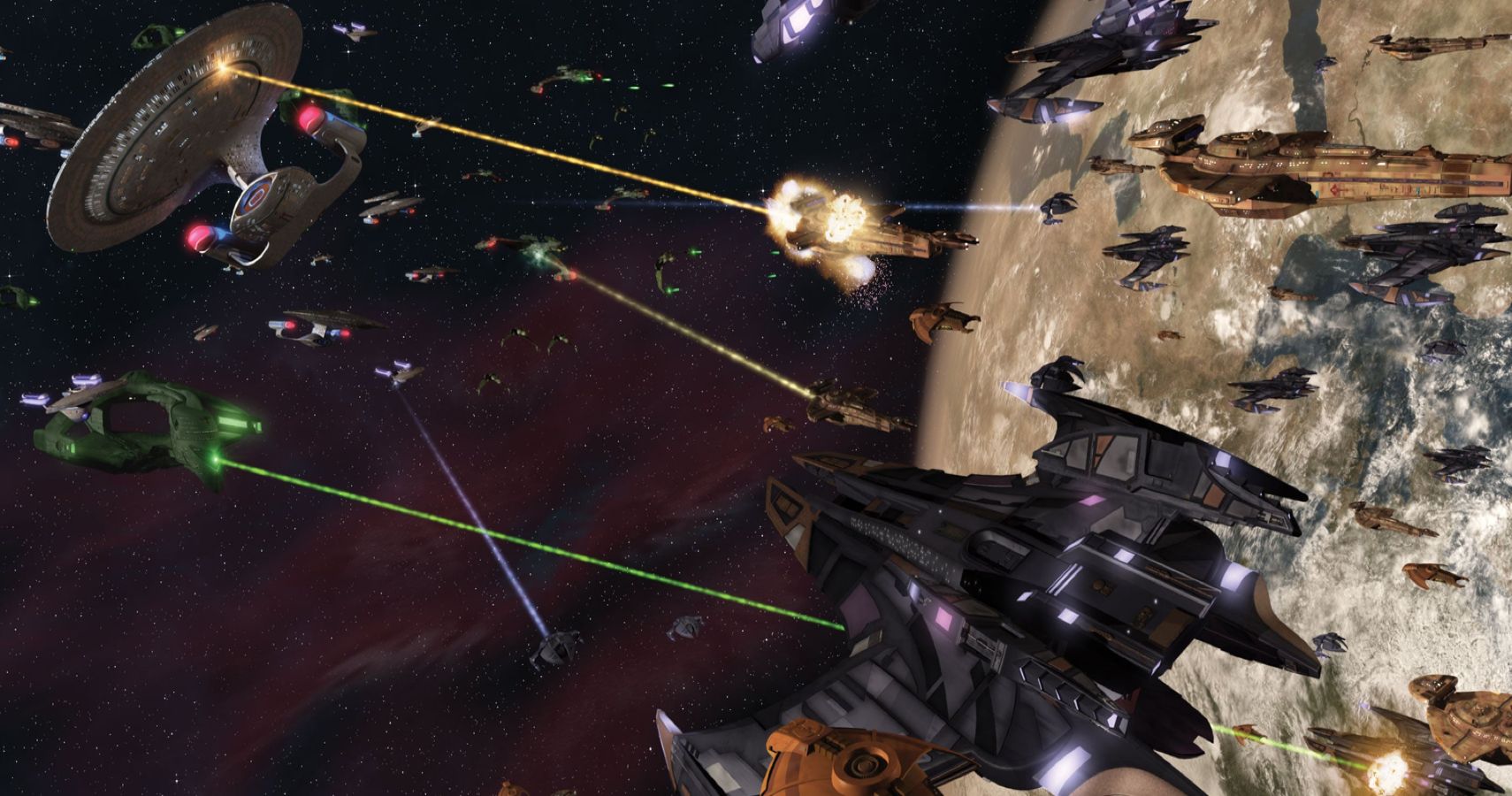 For the unfamiliar, the Dominion War is an important saga in the Star Trek universe and serves as the backdrop for much of Deep Space Nine from seasons one through seven. The Federation finds itself against a formidable foe that utilizes masterful deception, with Changelings that can take on the form of anyone, meaning that anyone could be a spy.

Although Deep Space Nine is an outstanding series, it is reasonable to say that some episodes were mediocre filler, at best. This was in a time when networks demanded many episodes per season, whereas today’s shows like Picard are far more story intense and focus on few episodes with a bigger punch for story. 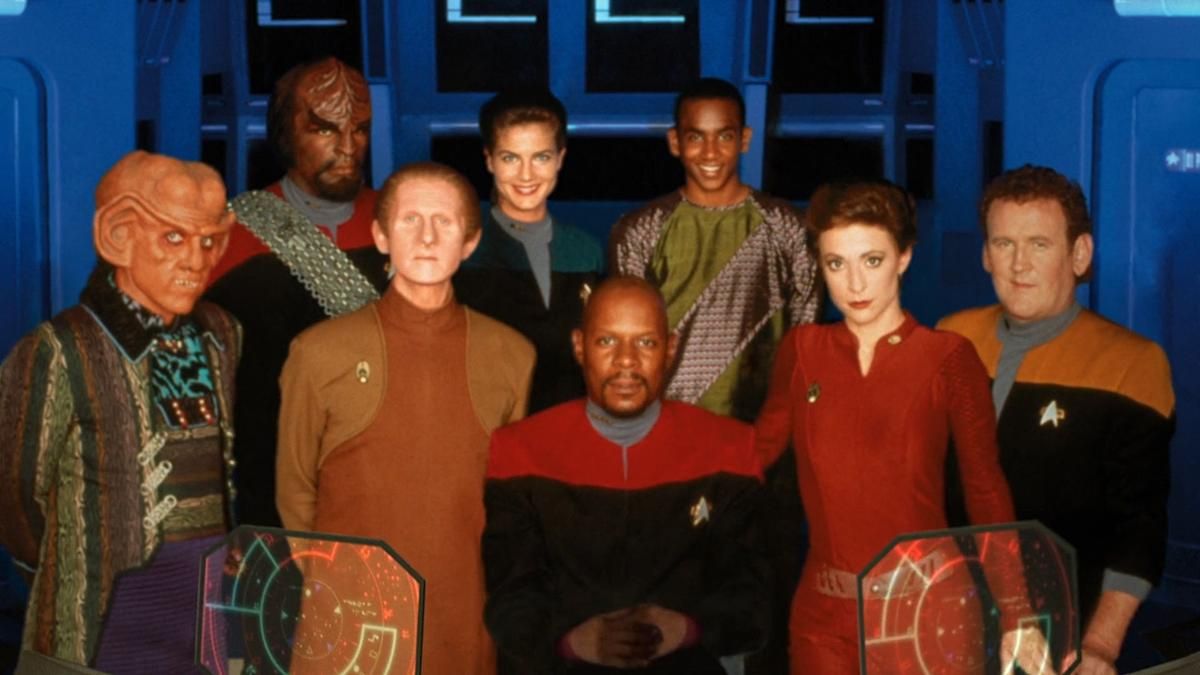 With that in mind, readers can click here for a great list of the essential episodes to watch. Doing so will enhance the experience of playing Star Trek Adventures with a focus on the Dominion war, and more importantly, will make it far easier for the DM to implement campaigns based on the many races and technology of the Dominion.

A Mix Of Federation And Dominion Resources

The Game Quadrant Sourcebook is best described as mix of resources for adept fans of the series and experienced players. Unlike the core rule book, much of the content is devoted to the alien races and technology of the Dominion, whereas previous sourcebooks are far more Federation focused.

Players looking for Federation content might be disappointed, but on the upside, the group DM now has far more information to use in creating campaigns focused on the Dominion Allience, which can be fascinating due to the blending of cultures and races, many of which were strong-armed into fighting the Federation. 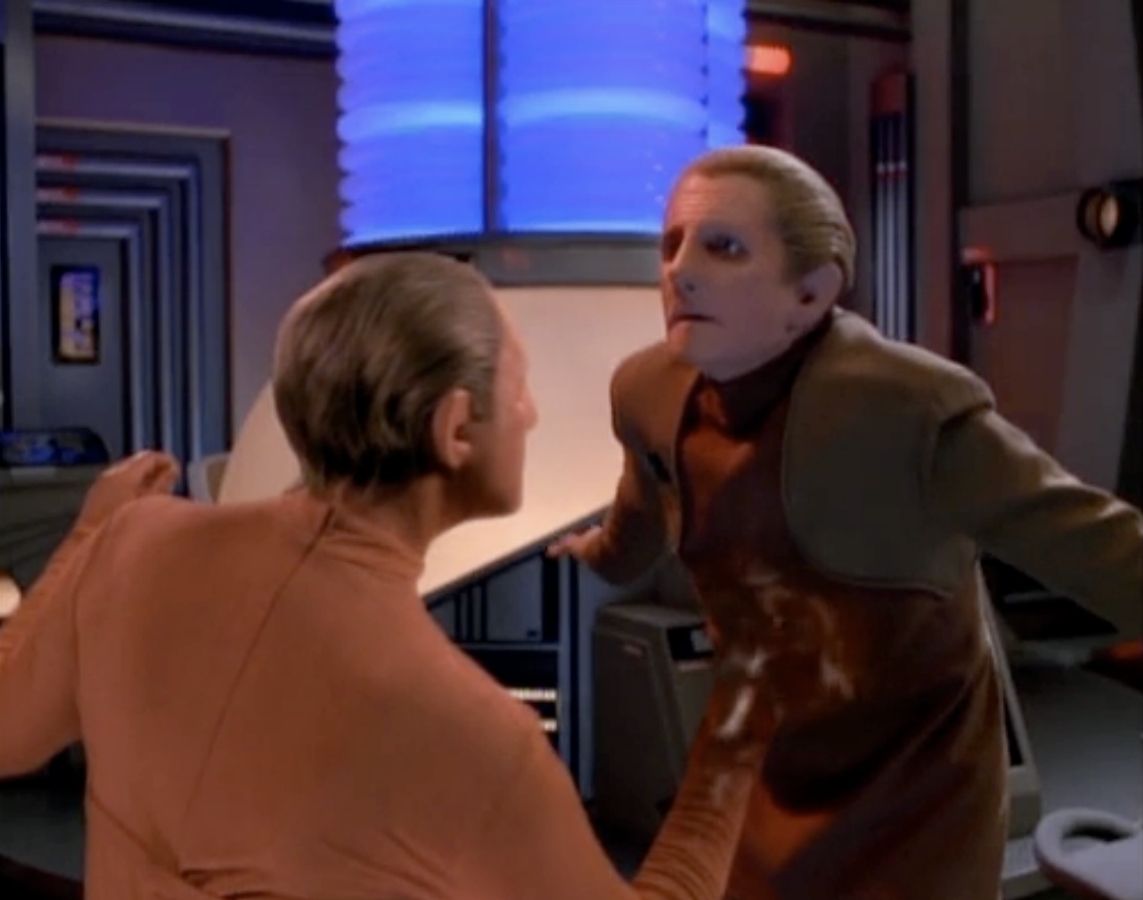 Perhaps one of the most interesting decisions by the game developer is that Changelings are now playable characters, which is fascinating because of their inherent anti-social behavior, always choosing to engage in their grand schemes through cloak and dagger. This means that there is major potential for DM shenanigans, or for players to take on the role themselves. Since the Changelings are a fluid race of shapeshifters that despise most other races – which they refer to as “solids” – there is much to consider for roleplay. One could play the role of a traitor spy within a party, a double agent against the Dominion, or like Odo from Deep Space Nine, a confused individual with no memory of their past only seeking to fit in.

More Than War, There Is Still Exploration 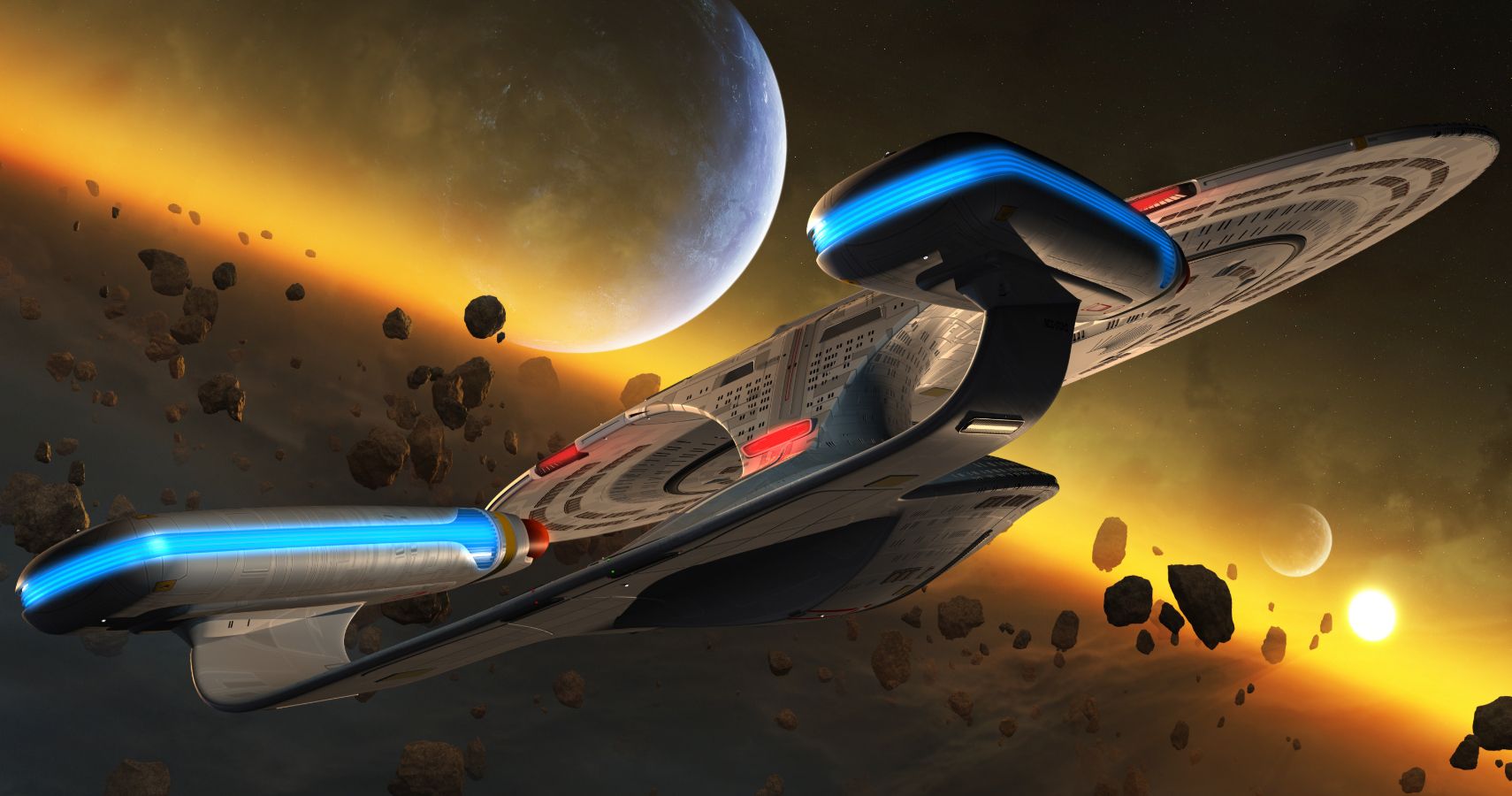 So far, we have only discussed the points relevant to the Dominion War, and that is because the saga is so important to the series, but there is also a lot of content that allows for good old fashioned exploration on the many Dominion worlds in the Gamma Quadrant. Nearly half of the sourcebook is devoted to this kind of information, with Chapters 2 and 3 presenting Dominions Worlds, Species of the Quadrant, and Starships that can be found there.

Like the core rulebook, as well as the Alpha Quadrant Sourcebook, Chapter 5 features recommended Encounters and Adversaries, and littered throughout the book are ideas for a DM to use in their campaigns. When dealing with several worlds in a Quadrant, many of which are not a part of the Dominion alliance by their own free will, there is the potential for revolution, uprising, espionage, sabotage, and more.

In addition, the timeframe one chooses for a campaign will affect how a story plays out. Choosing a time in the middle of the Dominion War will obviously feature tense relations and significant danger, but setting the action following the conclusion of the war with the Treaty of Bajor in the year 2375 would work just as well. This would feature a weakened Klingon Empire, the fallout of the collapse of the Cardassian Union, and the Dominion fully withdrawn from the Gamma Quadrant.

What power players might have emerged in that vacuum to seize control, and how might certain planets cope with the shift in power dynamics in the quadrant? The Ferengi would surely be having one heck of a time with the economic opportunities that comes with such a change.

A Great Resource For Players, But Also A Great Read For Fans

Ultimately, the Star Trek Adventures: Gamma Quadrant Sourcebook succeeds being a great addition to the game by providing material for players to explore an area and a conflict we only saw in glimpses in Deep Space Nine. Whether or not one agrees with all the information in its pages, there is no denying that this is a wealth of resources that allows players to navigate the fascinating, but somewhat underdeveloped saga of the Dominion War. Even if not a fan of the tabletop game, a fan of the Star Trek series could still enjoy the information in its pages. Hopefully, Modiphius Entertainment continues to develop these kinds of resources in the future.

A PDF copy of Star Trek Adventures: Gamma Quadrant Sourcebook was provided to TheGamer for this review. Click here to see the entire catalog of physical resources, which also include PDF copies for quick consultation on the go.