Tabletop RPG fans are spoiled for choice recently. Even as shows like Critical Role bring more and more newcomers to Dungeons & Dragons, many enthusiasts are asking what lies beyond the world’s most famous TTRPG. Symbaroum is but one answer to that demand – a dark fantasy RPG more in line with The Witcher than D&D. It imagines a world where nature is untamed and literally fights back against people. Yet players must delve into wild forests and sunken ruins, enduring corruption as it takes hold of their bodies. It’s all in the name of treasure and, more importantly, the survival it buys.

Symbaroum has been around since 2015, but publisher Free League has kept busy updating the game with new setting books and rule refinements. These efforts have led to the Symbaroum: Treasure Hunts in Davokar Starter Set. This version comes in two forms–a $9.99 PDF and a $39.99 boxed set–that both aim to scale down the game for new players. TheGamer was sent a copy of the boxed set, and found that it delivers what Symbaroum does best with a bare bones approach. 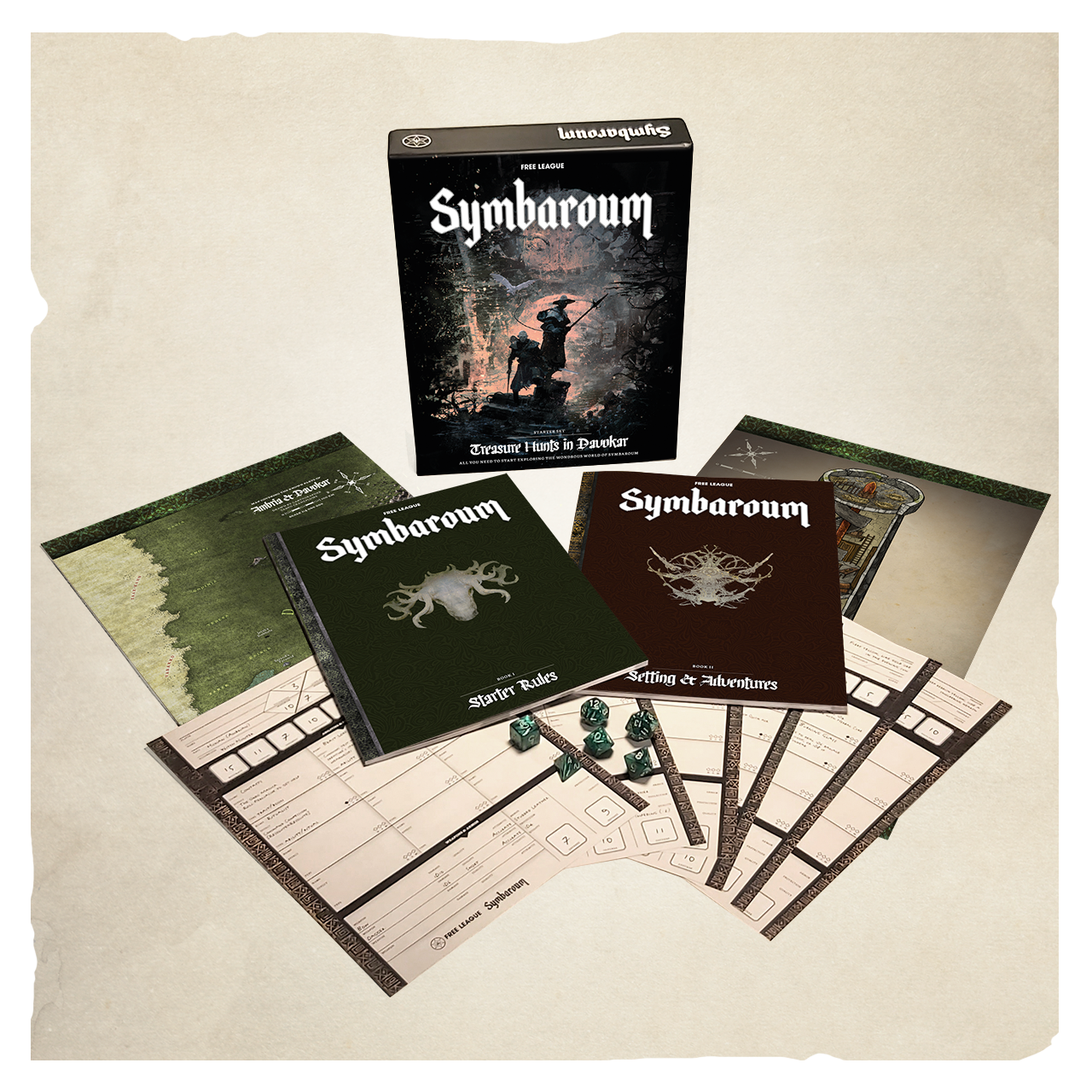 In the simplest of terms, Symbaroum brings two big wins to the table: an actually intriguing gritty setting and gameplay that enforces player agency. One look at the two books included in the starter box shows that this isn’t “dark fantasy” for the sake of being edgy. Even under the limitation of dressing down to the basics, the writing does a wonderful job of evoking the sense of mystery and desperation of the Davokar setting. This isn’t a game about mowing down goblins while making pop culture references, it’s a story of survival. The key to having fun, as the text explains, is how players can strategize around deadly surprises and take advantage of roleplaying their conflicted characters.

To help with that, Symbaroum’s rules put players at the center of gameplay. The Game Master doesn’t even roll dice. If a monster attacks a player, the player rolls to defend. The GM just uses fixed values for enemy stats. Aside from encouraging a faster, more exciting pace, this also takes away that yucky feeling of going down because the GM rolled a lucky crit. Likewise, the designers encourage roleplay encounters be resolved without dice rolls. This gets players into the meat of a scene instead of fast-forwarding with a good persuasion roll. With what the Starter Set provides, it clearly shows how players are what makes the game work. 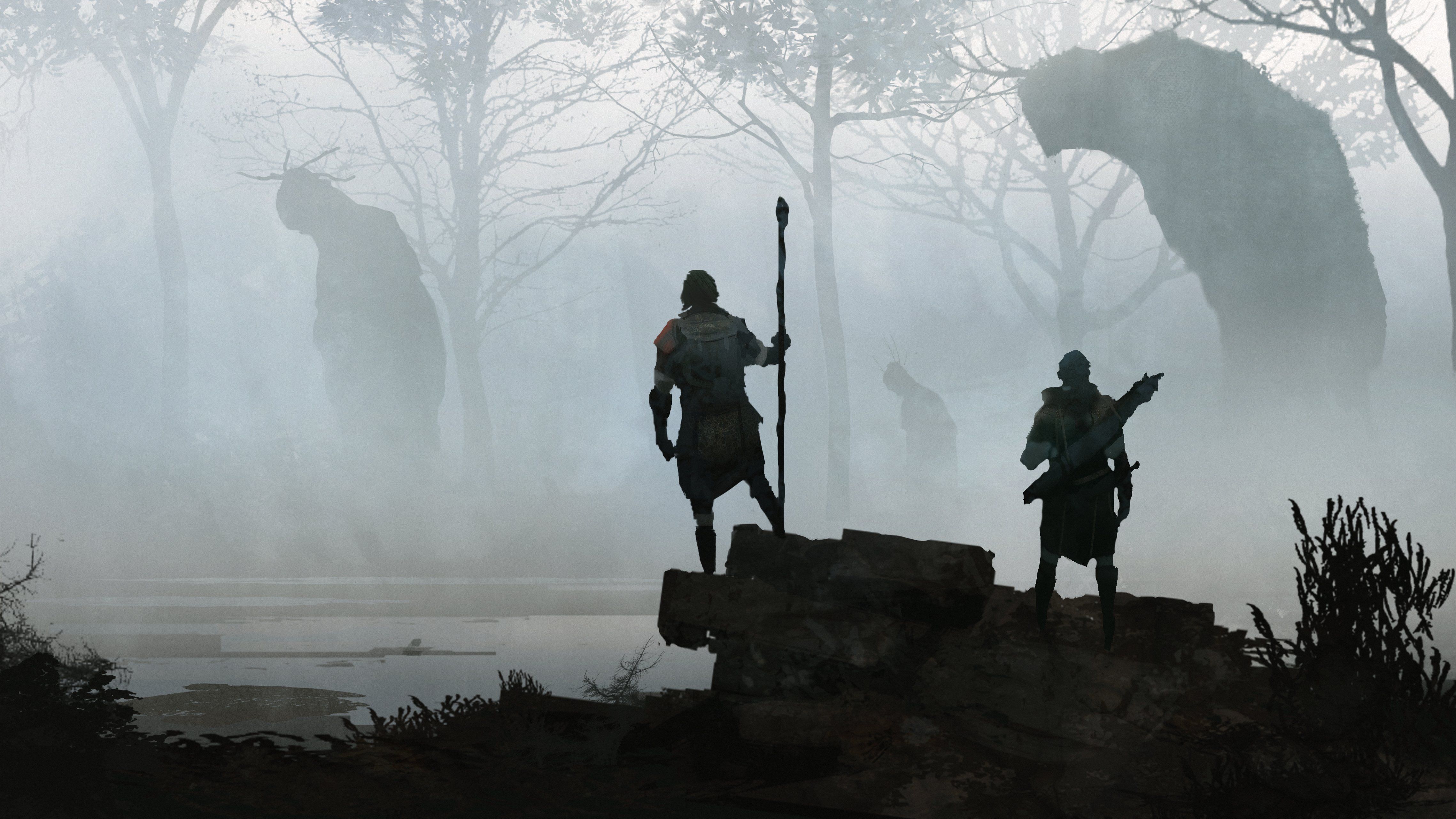 This player-facing approach does make me wonder how necessary this boxed set truly is. The PDF version gives you the starter rules, another book with two adventures, and pre-made character sheets. The physical version has all of that plus two full-color, double-sided maps and a set of green dice. It’s all quality stuff – the printed books alone are worth it for the haunting art. But compared to other TTRPG starter sets, it feels a little wanting. My thoughts are immediately drawn to the Pathfinder 2E Beginner Box. For the same price, it offers more content in the form of handy player reference cards and sheets of cardboard minis.

On the other hand, the point of Symbaroum is that it doesn’t need minis or reference cards because it lacks complex rules. A group could easily jump in with the pre-made characters and some dice and still get the full experience. On the other other hand (do I have enough hands for this?), this makes the need for a boxed set even more questionable. In my experience, the GM usually buys these things. Does the GM need a boxed set with dice for a game where they don’t even roll dice?

I don’t want to come down too hard on the Symbaroum Starter Set, because it is a great product. The rules are communicated well, the included adventures are brand new, the maps and character sheets are laid out in a flavorful way, and the dice are better than what you typically see in a D&D starter set. It’s just that, for a game like Symbaroum, physical material might not be the way to go. You should definitely play Symbaroum. It’s just up to you if saving money or getting some nice books and maps for your collection is the way to go about it.

You can get the Symbaroum Starter Set from online retailers, or check with your local game store. PDFs of the rule books and characters sheets are included with purchase.

Next: Among Us Adds Quickchat Feature 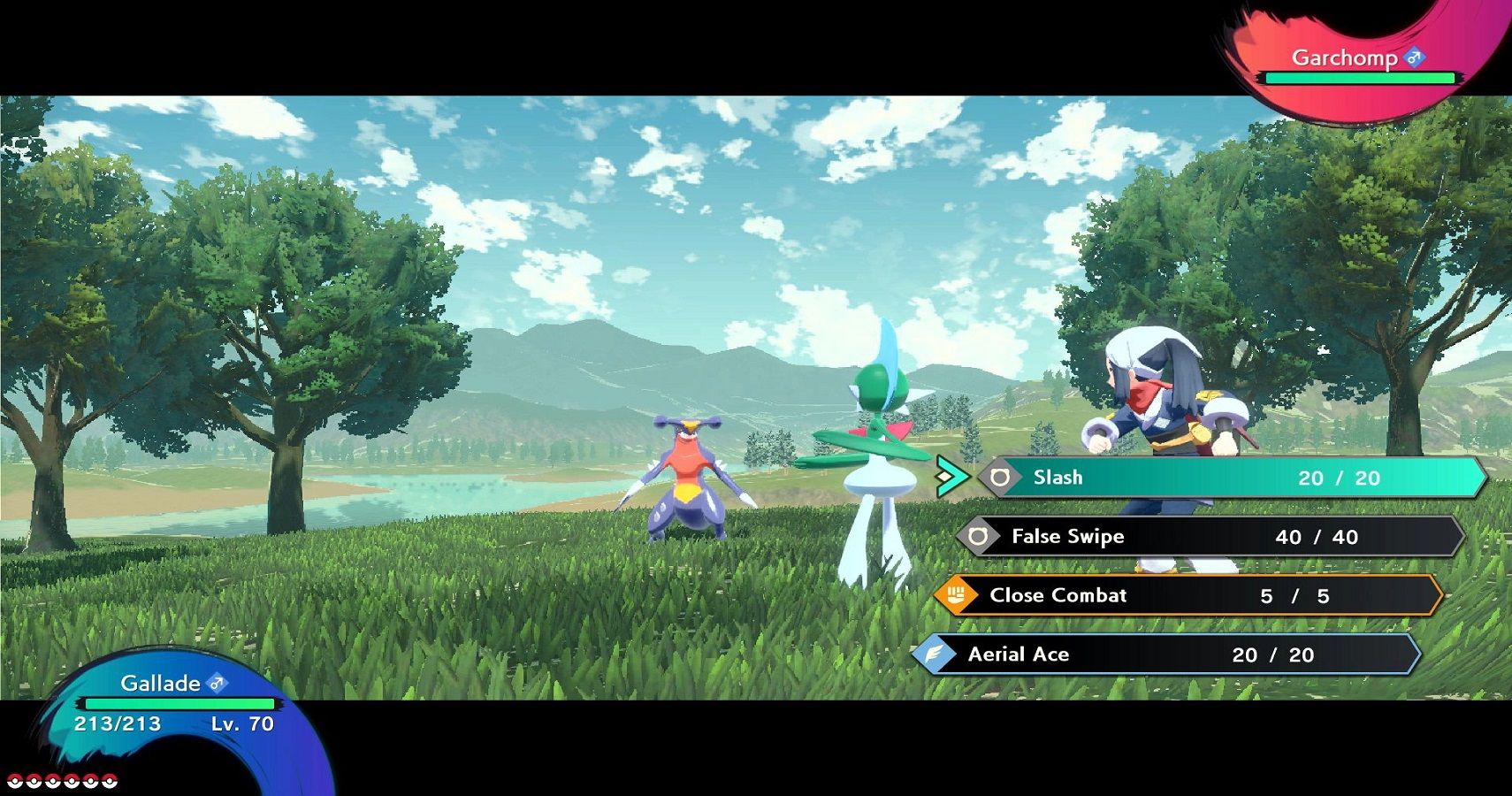