Final Fantasy VII started out as a standalone game, but its timeline was fleshed out with a mixture of prequel and sequel spin-offs, which added new characters and events to the history of the world.

The recent demo of Final Fantasy VII Remake confirmed that some of the spin-offs are still canon. As such, we’re here to do a series of breakdowns in order to explain the lengthy history of the world of Final Fantasy VII, starting with Jenova, the Cetra, and the origins of the Shinra Corporation. 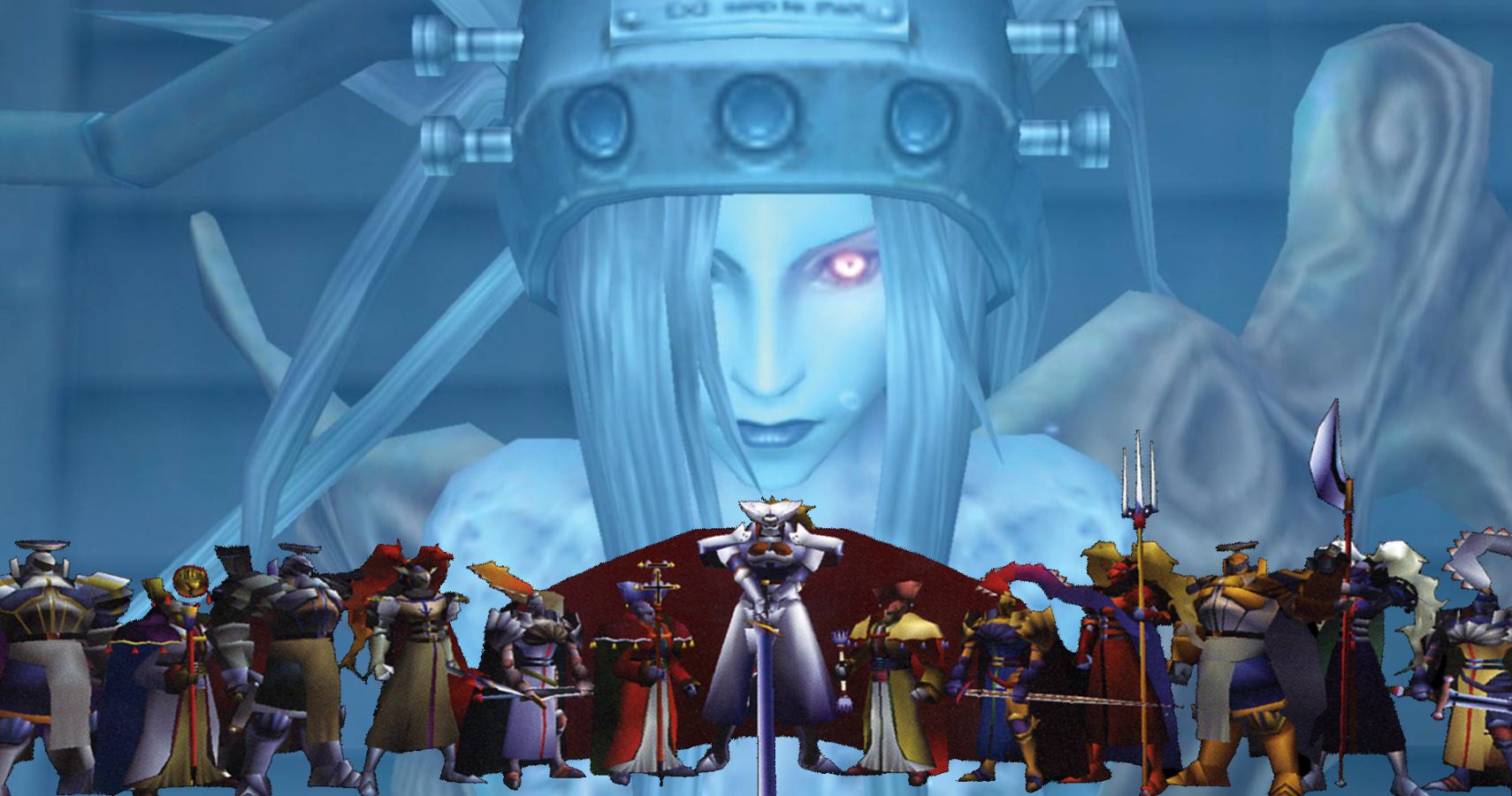 The planet of Final Fantasy VII was once watched over by a race of magic-users humanoids known as the Cetra, who were later called the Ancients. The Cetra were almost totally wiped out when an alien lifeform dubbed “Jenova” crashed into the planet. Jenova had the ability to read minds and alter her form, which she used to infect and almost wipe out the Cetra race, all of whom were unprepared to deal with this new threat. 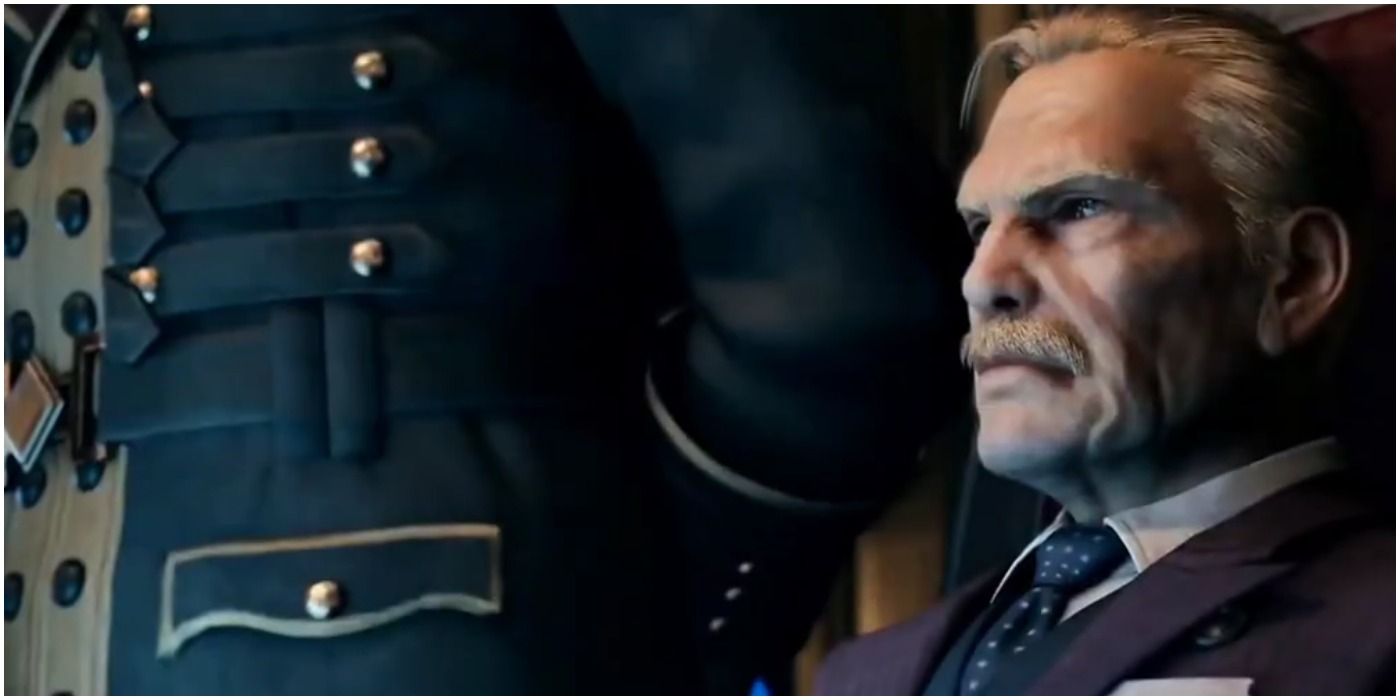 The Shinra Corporation discovered Mako energy and slowly rose to power. They used their considerable resources to topple kingdoms and bribe governments. Soon, the only major holdout was the nation of Wutai, as development began on the city of Midgar.

Vincent Valentine’s father, Grimoire Valentine, works with Professor Lucrecia Crescent of the Shinra Corporation to discover the existence of the beings known as Chaos and Omega, the latter of which is a Weapon monster that will absorb all living beings and depart into space if the planet is threatened. Grimoire is killed when an experiment goes awry.

Professor Gast from the Shinra Corporation discovers the frozen remains of Jenova and misidentifies it as one of the Cetra. Cells from Jenova’s body are used to enhance the members of an elite group of warriors, called SOLDIER, turning them into superhumans. Professor Hojo and Professor Lucrecia Crescent give birth to a child who is implanted with Jenova cells in the womb. This child is later named Sephiroth. Two other children are created used a similar process and they are named Angeal Hewley and Genesis Rhapsodos. It’s around this time that a project known as Deepground begins within the Shinra Corporation, but it’s so secret that only the highest-ranking executives know about it.

When Vincent finds out about Lucrecia’s experiments, he objects. Vincent is killed but is revived by Lucrecia injecting a Protomateria into his body, turning him into a vessel for Chaos. Vincent seals himself away in the basement of the Shinra Mansion, unable to die in his current form.

Professor Gast meets a woman named Ilfana, who is the last member of the Cetra race. Together, they have a daughter named Aerith. Gast is later tracked down by Hojo (the new head scientist at the Shinra Corporation) and killed. Ilfana and Aerith are taken to Midgar for research.

When the country of Wutai refuses to allow Shinra to build a Mako reactor on their land, war breaks out. A young warrior named Sephiroth takes to the field and begins to carve his legacy as a war hero. Some of the injured soldiers from the war are taken by Deepground to a secret facility in Midgar.

A woman named Elymra Gainsborough in the city of Midgar is waiting at the train station for her husband, who is meant to be coming home on shore leave. Instead, Elmyra finds an injured Ilfana and her daughter Aerith. Ilfana dies and Elmyra takes Aerith in as her daughter, giving her the Gainsborough surname. Aerith later tells Elmyra that someone close to her is gone and she soon receives a letter informing her that her husband has died. 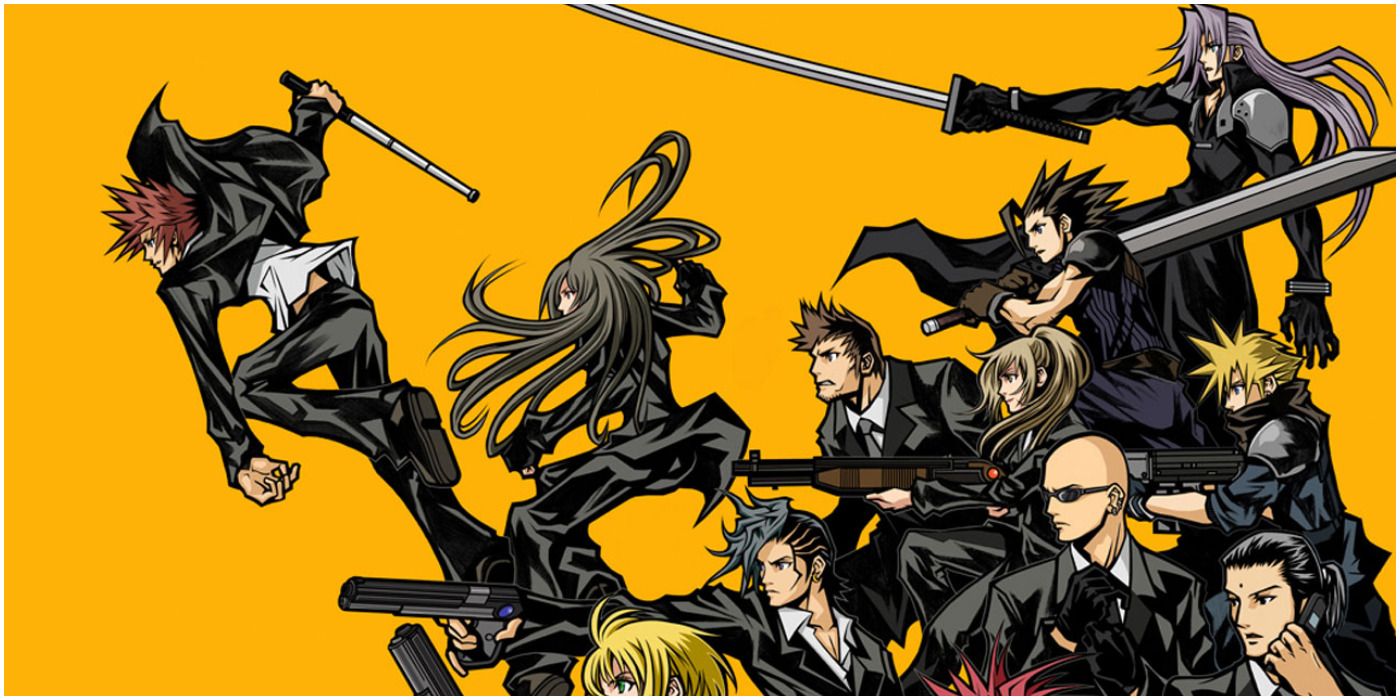 Tseng of the Turks discovers a plot to destroy the Shinra corporation. Veld, the leader of the Turks, works with President Shinra to uncover this new threat. Veld orders the destruction of the town of Kalm, even though his wife and daughter are there, and the town is rebuilt as if nothing had happened.

Angeal, Genesis, and Sephiroth, now adults, battle within the Shinra training room. Genesis is injured and his wounds are treated by Shinra scientist Dr. Hollander, who tells him that his body will degrade over time. Genesis learns of his origins and they team up with Director Lazard (the bastard son of President Shinra), in order to find a cure for his position and overthrow the Shinra Corporation from within.

Genesis deserts SOLDIER and the crucial mission he was meant to undertake in Wutai is taken up by Angeal and a new member of SOLDIER named Zack Fair. Angeal and Zack infiltrate Fort Tamblin in Wutai, causing the country to surrender. Zack encounters copies of Genesis during the mission and Angeal disappears. Zack and Tseng are dispatched to Banora Village, where they learn the truth of Genesis’ birth. Banora is put to the torch by the Shinra Corporation.

The first iteration of AVALANCHE attempt to blow up the Sector 8 reactor, but they’ve stopped by the Turks. They attempt to assassinate President Shinra during a visit to Junon. The president is saved by the Turks, but AVALANCHE takes control of the Mako cannon in Junon. AVALANCHE leader Elfé fights her way through the Turks but is stopped when Sephiroth arrives.

The SOLDIER desertion leads to the Turks being dispatched to find new recruits and they soon encounter a powerful warrior named Azul, who aids the Turks in their next battle with AVALANCHE. Genesis launches an attack on Midgar with his clones so that Dr. Hollander can steal secret documents. Zack, now a 1st class SOLDIER, joins the Turks in defending the city. Zack pursues Dr. Hollander into the Sector 5 Reactor, but Angeal appears and throws Zack down into the slums, where he lands through the roof of a church.

Zack encounters Aerith Gainsborough for the first time and the two go on a date in the Midgar slums. Zack is called back to the Shinra Headquarters, as it’s under siege by Genesis clones. Genesis attacks Hojo, who informs him that Hollander can’t cure his degradation. Genesis flees to Modeoheim. Zack is sent with a group of soldiers in pursuit, one of whom is a young recruit named Cloud Strife…

To Be Continued In Part 2