If there’s anything in abundance in the world where The Witcher takes place, it’s prejudice – be it towards non-humans, witchers, sentient monsters, rich people, poor people… Nobody seems to like anyone much. But a big part of the story, be it the books or the games (and possibly even the Netflix adaptation in the future), is the war between humans and elves. The humans are the youngest species on the Continent, but the elves are the second-youngest, having arrived later than the other members of the Elder Races (that also include dwarves and gnomes).

The elves arrived roughly 2,500 years before the humans, most likely through a portal from another world. They colonized a large part of the Continent – though through peaceful means – and lived in relative peace until the Conjunction of the Spheres.

The Conjunction of the Spheres

The Conjunction of the Spheres is a cataclysm that affected the whole Multiverse in which the story is set, some 1,500 years before the events in the books. Aside from plunging the original humans, known as the Dauk and Wozgor people, into the world of the Elder Races, the event also trapped a large number of monsters from other dimensions in that world. Also, the magic you may know as “Chaos” from the Netflix show originated during this event. 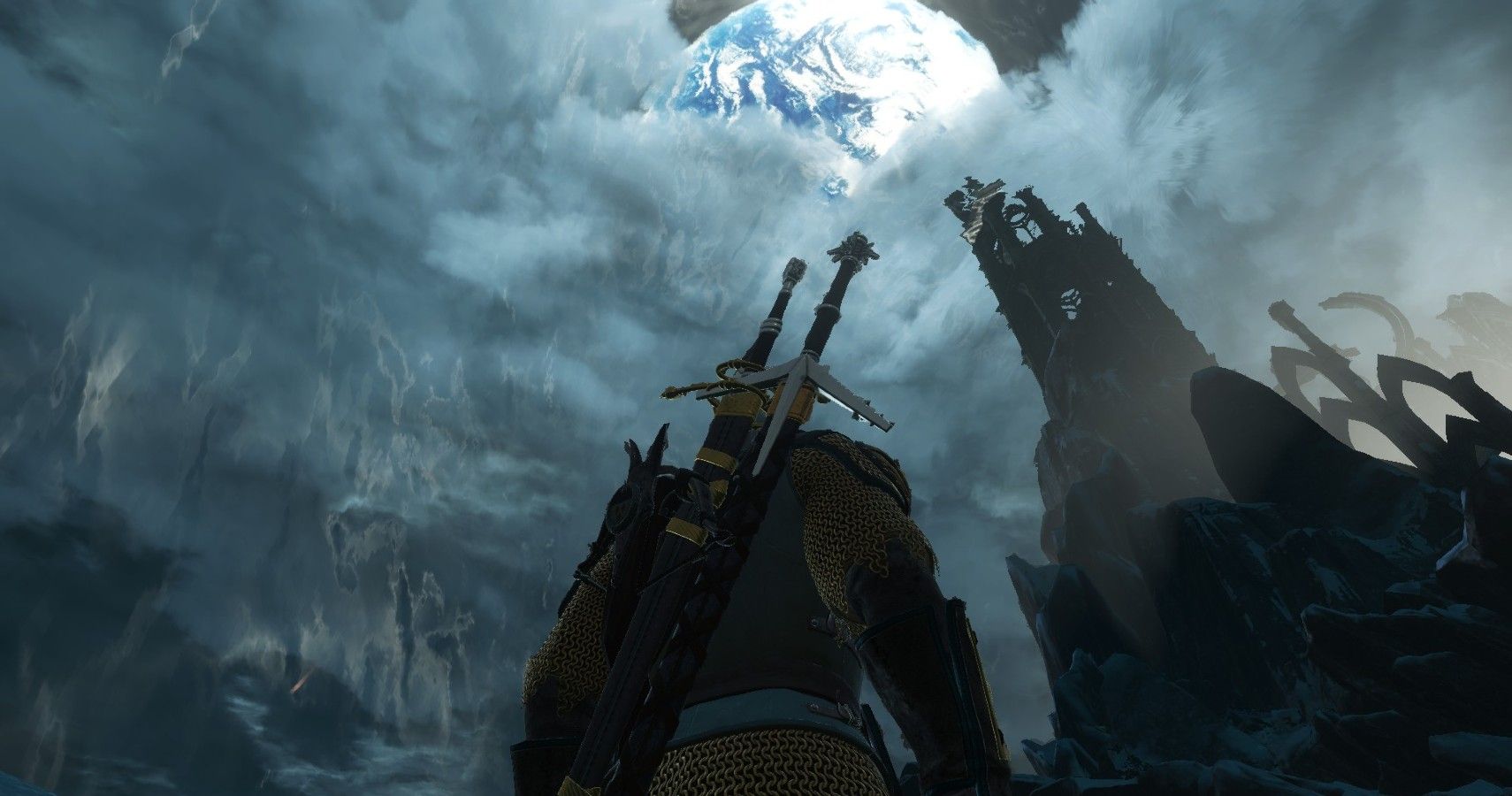 None of the races present at the time of the Conjunction were able to manipulate this “chaos,” nor could they adapt to a world now full of new and unknown dangers. The first humans had their own world destroyed, and are not mentioned much in the books – in many theories, they are considered extinct at the time Nordlings, also known as the other wave of humans, arrived to wage war against the elves and other inhabitants of the world and build the Northern Kingdoms.

The arrival of the new humans – the Nordlings – is called the First Landing and occurred relatively recently compared to the other events: only half a millennium ago, or 1,000 years after the Conjunction of the Spheres. The location of the Landing is the Pontar Delta and the mouth of the Yaruga. These two rivers would then serve as the locations on which the Northern Kingdoms sprung up.

These people were distinctly different from those already on the Continent: they were intolerant, brash, and bellicose. Plus, they had a serious advantage: one of their own, Jan Bekker, would go on to figure out a way to bend the Chaos to his will, giving rise to the mages who would later play an important part in the wars against nonhumans.

The Nordlings built their cities and kingdoms on the ruins of elven cities – if you’ve played the games, you know the number of those ruins that you can explore in detail is huge – while the Nilfgaardian Empire rose to the south. This would then be the basis for the story told in the books and subsequently the games.

Lara Dorren and Cragen of Lod

The tale of Lara Dorren is told by both humans and elves, but the accounts differ wildly. In both stories, Lara was an elven sorceress of Elder Blood, who fell in love with a human sorcerer known as Cregennan of Lod (also known as Cragen). Their union was considered controversial by both races, but the humans had a much bigger problem with it than the elves did, as he was even considered “well-liked” by the latter. For a while, the two were a symbol of peaceful co-existence between the two races. However, the stories told by the humans and elves differ in one key element: the humans say the elves killed Cragen out of jealousy, while the elves are certain humans did it in a demonstration of human hostility, possessiveness, and aggression. 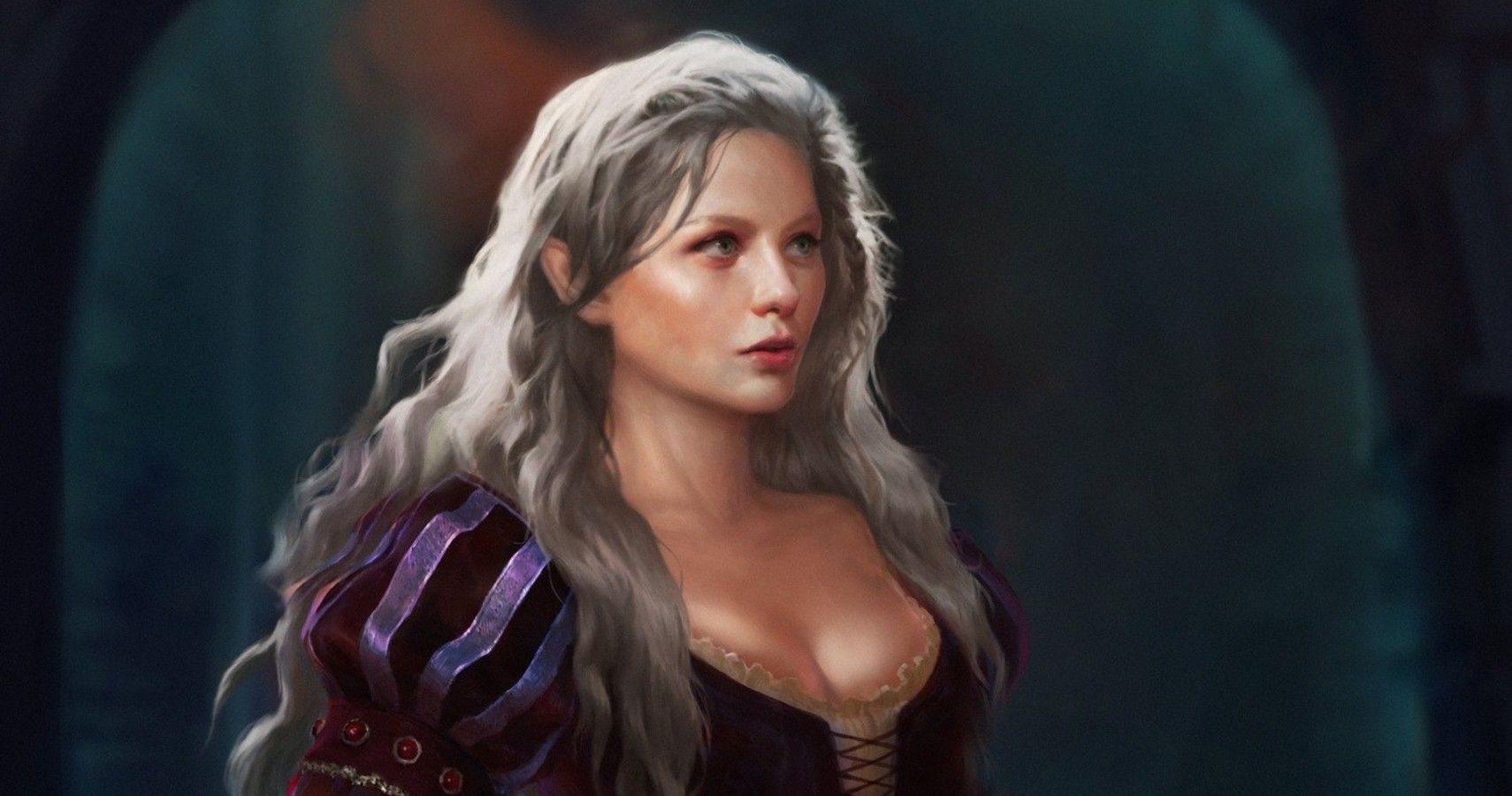 At the time of Cragen’s death, Lara was pregnant with their daughter Riannon. According to the human version of the story, Lara cursed the queen who would not pardon her (blaming her for “evil deeds” done to others through her magic), but seeing that the queen was not intimidated, “began instead to whine for help and mercy like a bitch dog.” However, the elven tale says that Lara begged not for “mercy for herself, but for her unborn child” and grabbed the carriage door where the queen was sitting, the queen ordered her fingers chopped off. The story continues, “And when a severe frost descended in the night, Lara breathed her last on the forested hilltop, giving birth to a tiny daughter, whom she protected with the remains of the warmth still flickering in her.” Her daughter would then be adopted by Cerro, the queen of Redania at the time, and she is the 4th great-grandmother of Ciri.

At the time when the events in the books take place, the Elder Races have mostly assimilated into the human societies. However, they are treated as lesser beings, living mostly in slums and ghettos. Traditionalist elves hate humans for what they believe they did to Lara, while humans believe Lara cursed them, proving the evil of all elves. Sick and tired of living in poverty and being constantly discriminated against, many of the young elves decided to join the guerrilla force known as the Scoia’tael or Squirrels, named for the tails they wear. They were joined by halflings (a distinct race, not half-elves) and dwarves. Since the Scoia’tael play a big part in the books, it is safe to assume that their story will be told through the Netflix show as well, so we’ll refrain from potentially spoiling anything. 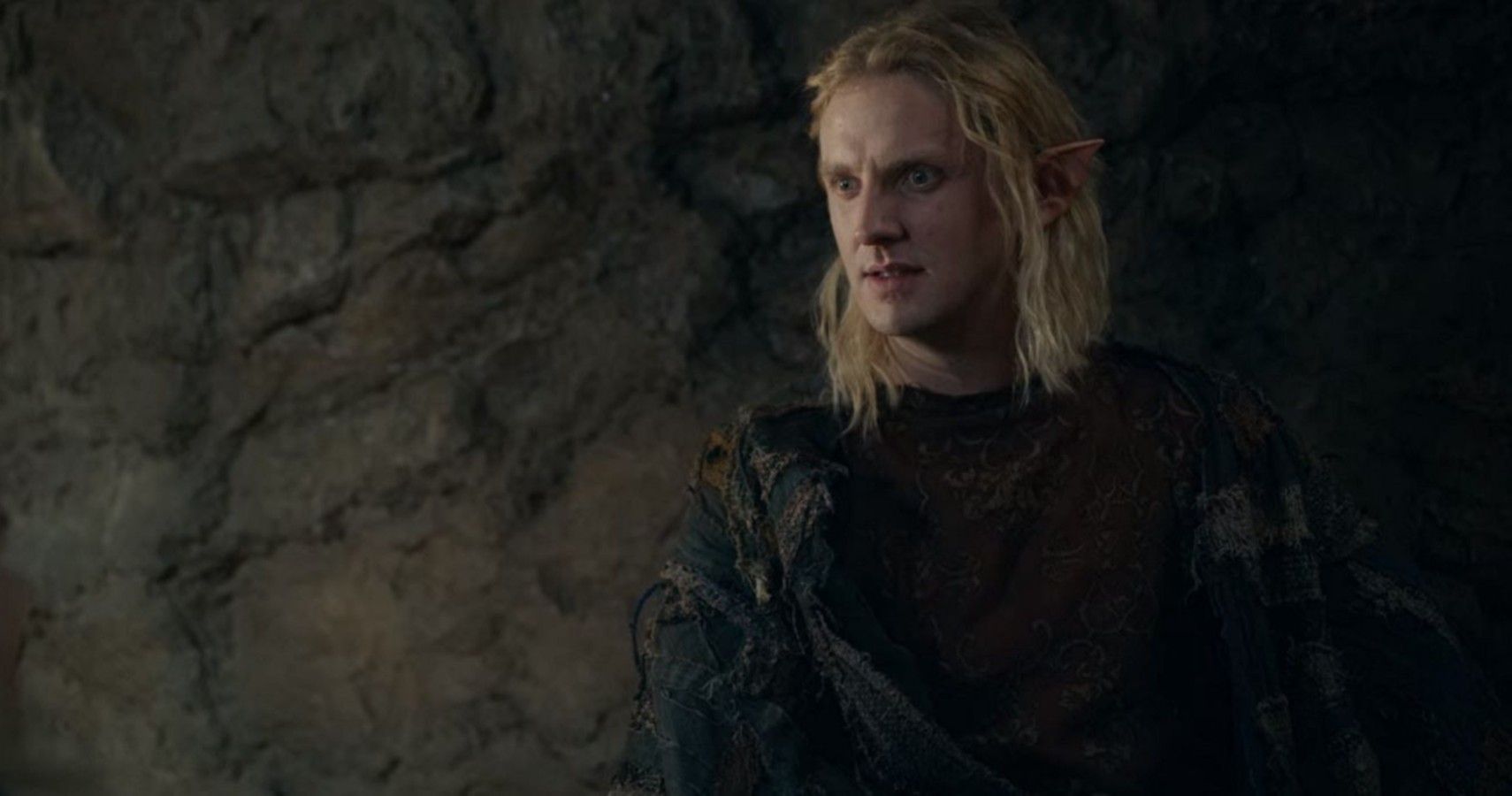 In the show, Geralt meets Filavandrel aén Fidháil, called the king of the elves. There, they find out that the elves didn’t really “retreat to their golden palaces,” as the human propaganda claims, but were driven out of Dol Blathanna, their homeland, and forced to live in the mountains to slowly starve. The elf refused to seek peace with the humans as it would mean submitting to them. In the books, he is not really a “king,” but a leader of the Free Elves. Considering that the show is following the books quite faithfully, this explanation should end here as well.

Confused? So is pretty much everyone. All we can do is wait for the second season – launching probably sometime in 2021 – and hope the show sheds more light on this issue. And also that Geralt isn’t caught in the middle and drawing the short end of the stick (as he tends to).