I’m one of the newest editors here at TheGamer, having only joined the team back in November. You might want to learn a little bit about me before reading this list, so I think that an introduction is probably in order. I cover all of the latest gaming news, but I also happen to work as an archeologist. This might help to explain a few of my picks. I’m always on the lookout for anything historical, so I was pleasantly surprised by a lot of the games that came out this year. While these weren’t all strictly speaking historical, many of them had to do with the passage of time. 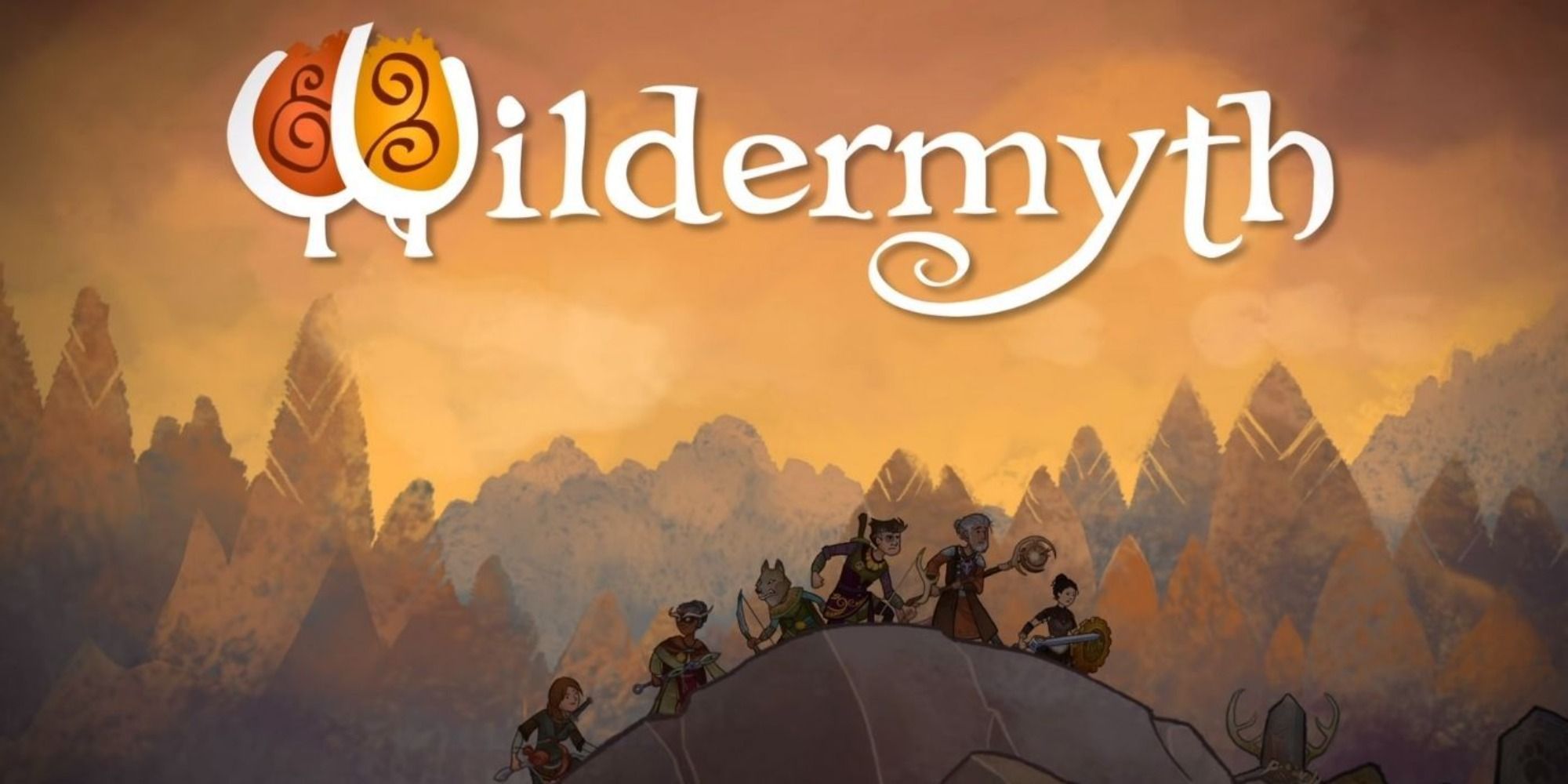 Wildermyth tells wonderful stories. I’m using the plural here because the story is different with each and every playthrough. I’ll never forget the incredible characters created by the game, but what blew me away about Wildermyth was the technology. The concept of procedural storytelling has been around for a while, but nobody to my knowledge has been able to successfully create such a complicated system. Wildermyth on the other hand implements this technology incredibly well. I didn’t even fully realize that I was reading something created by a computer until hours into the game. 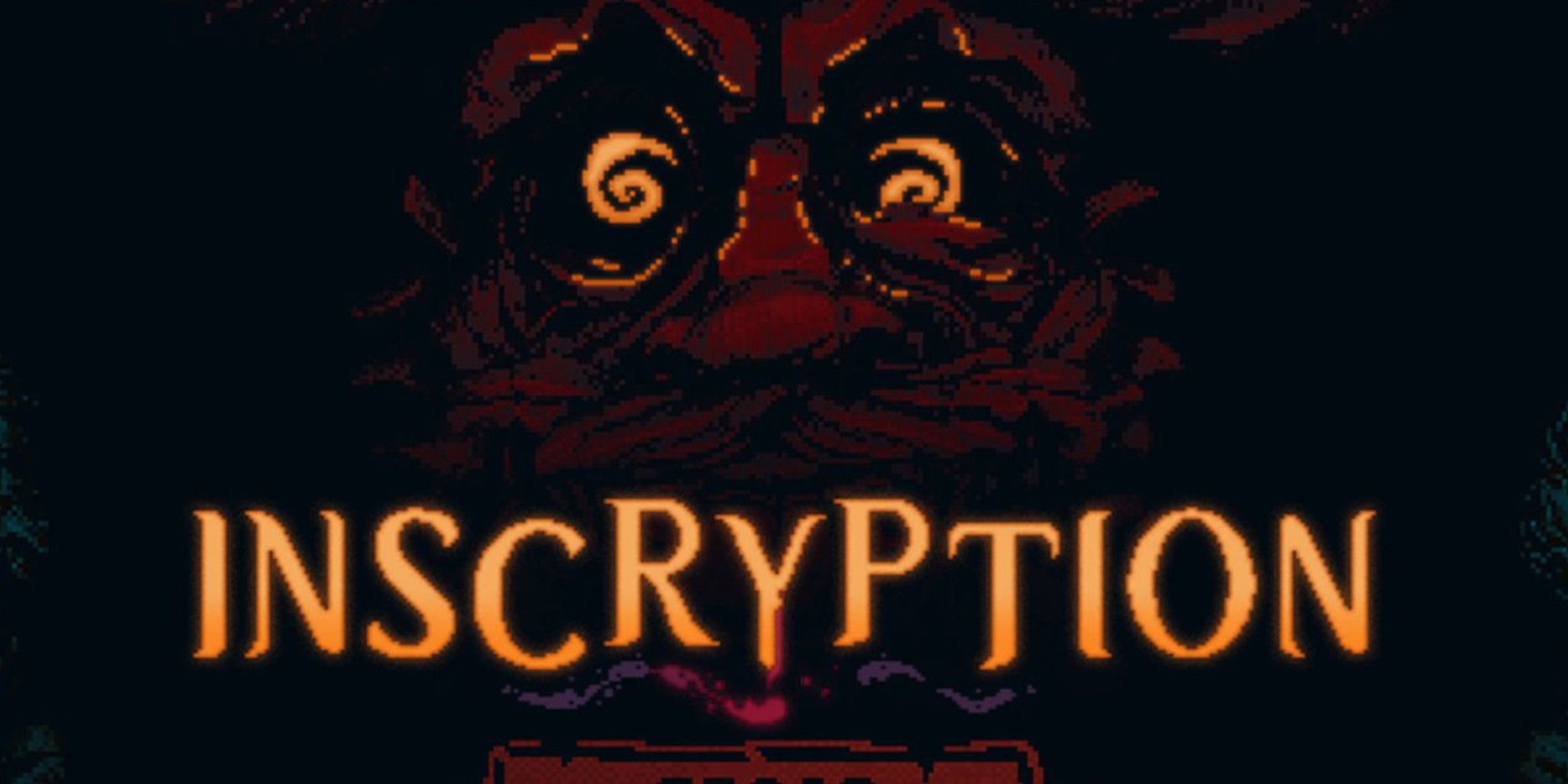 I can’t think of too many card games that make you flinch whenever you play a hand, but Inscryption gets a couple of winces out of me by the end of each round. While they represent actions in most deckbuilders, cards are actually characters in this game, so whenever you play a hand, you’re quite literally making a sacrifice. The characters in question also happen to be cute little animals. You have to watch them sweat and sometimes even protest your decision before you throw them into the fire. The effect is heartbreaking. 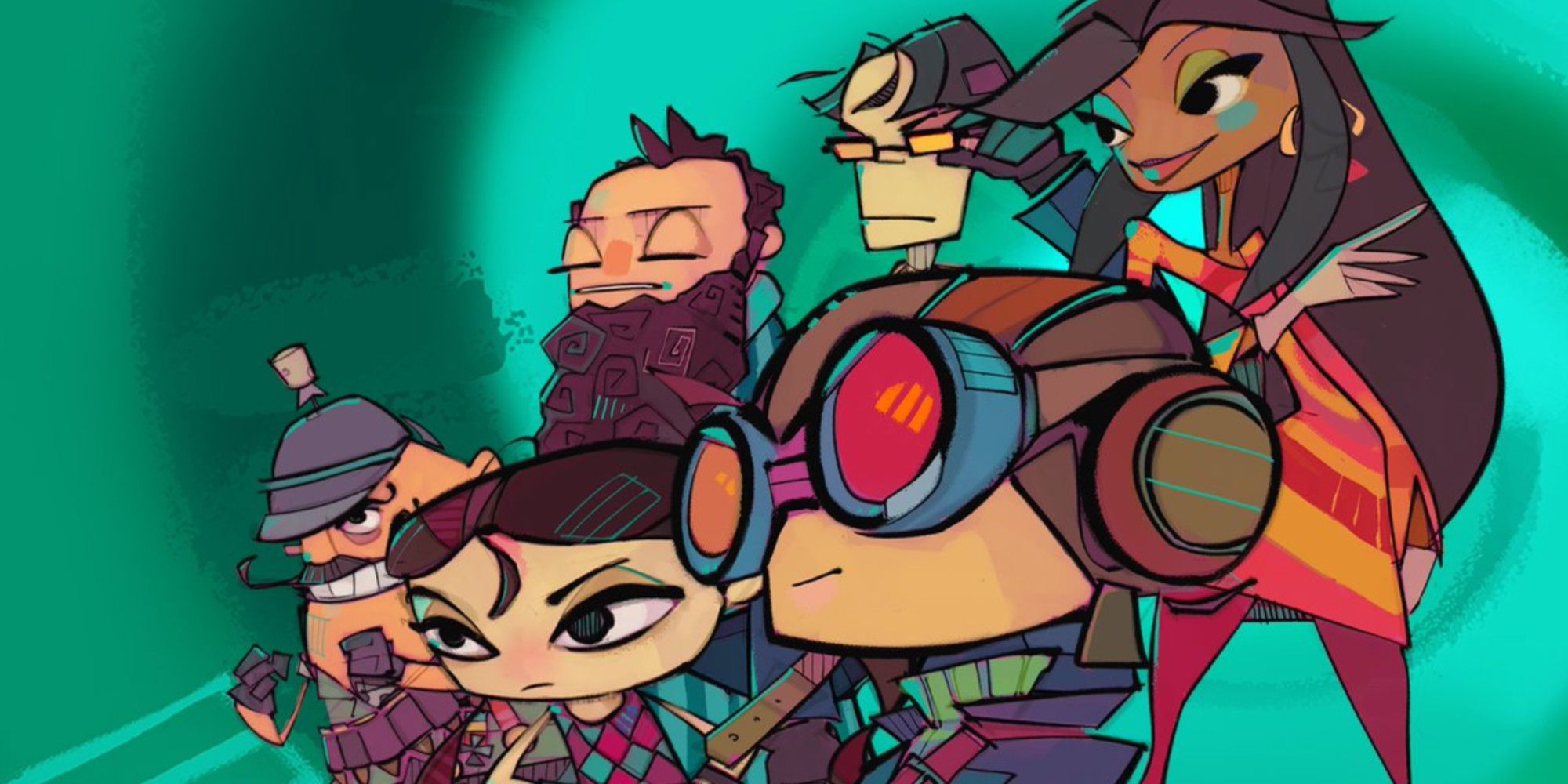 The game is more than just a little bit trippy, but what I liked about Psychonauts 2 is the handling of abstraction. The game is all about entering the mind. You can’t get more abstract than memory, but Psychonauts 2 manages to change mind into matter. I loved the hospital mission in particular. You see a memory of a person's formative moments not only taking shape, but actually changing and adapting to your actions right before your eyes. The game is a wonderful expression of surrealism that I’ll be coming back to a lot in the future. 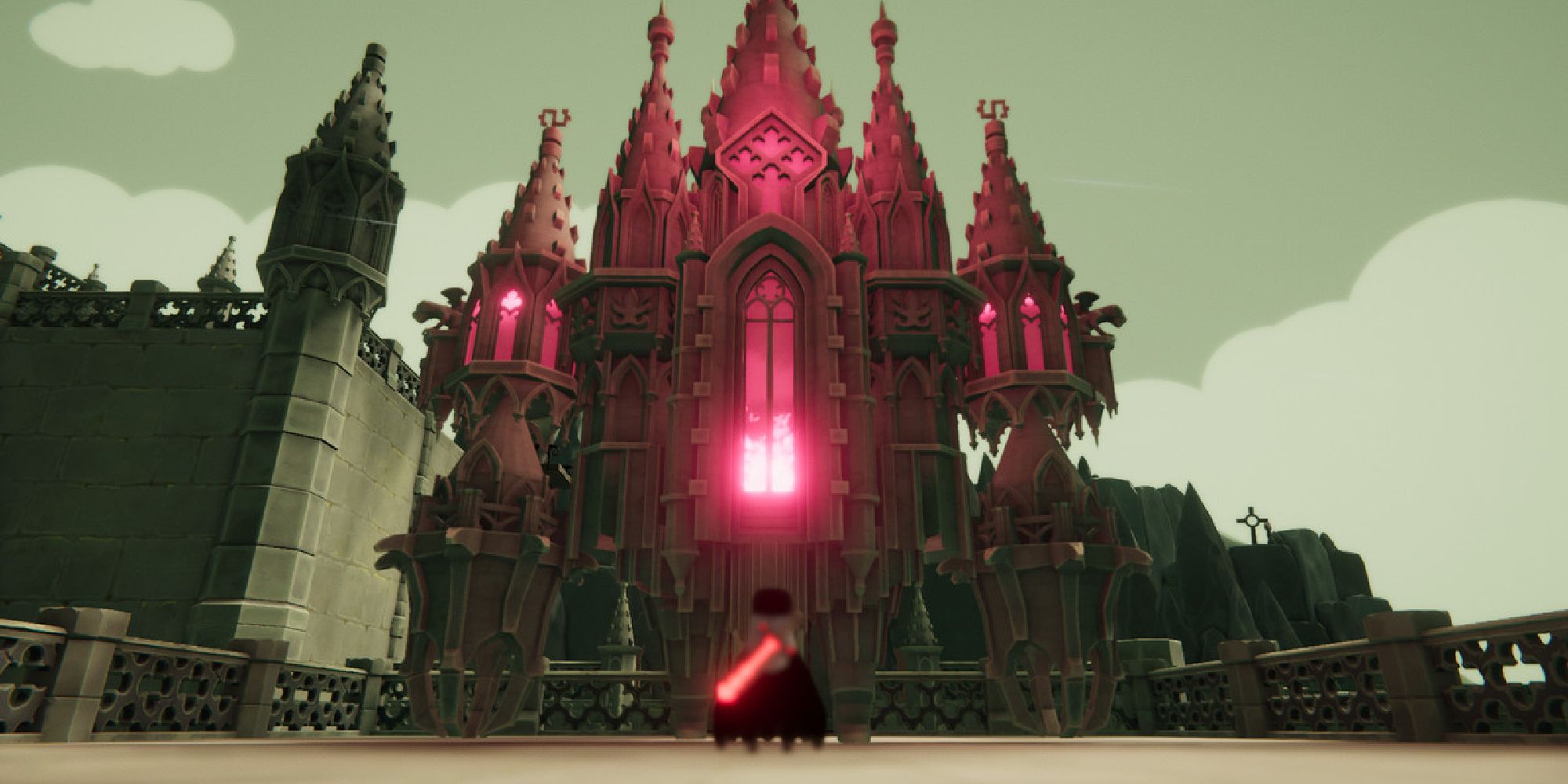 The best way to describe Death’s Door would have to be stasis. The game is all about fast paced combat, so I don’t mean stasis in terms of the mechanics. I mean stasis in terms of the story. Death’s Door is all about the inability to move on — in both life and death. The game gives shape to this in the form of bureaucracy, but I think that we can all relate to feeling stuck, particularly at this point in time. What stood out to me the most was the message that you can’t let your problems bog you down. You’ve got to move on sometimes. 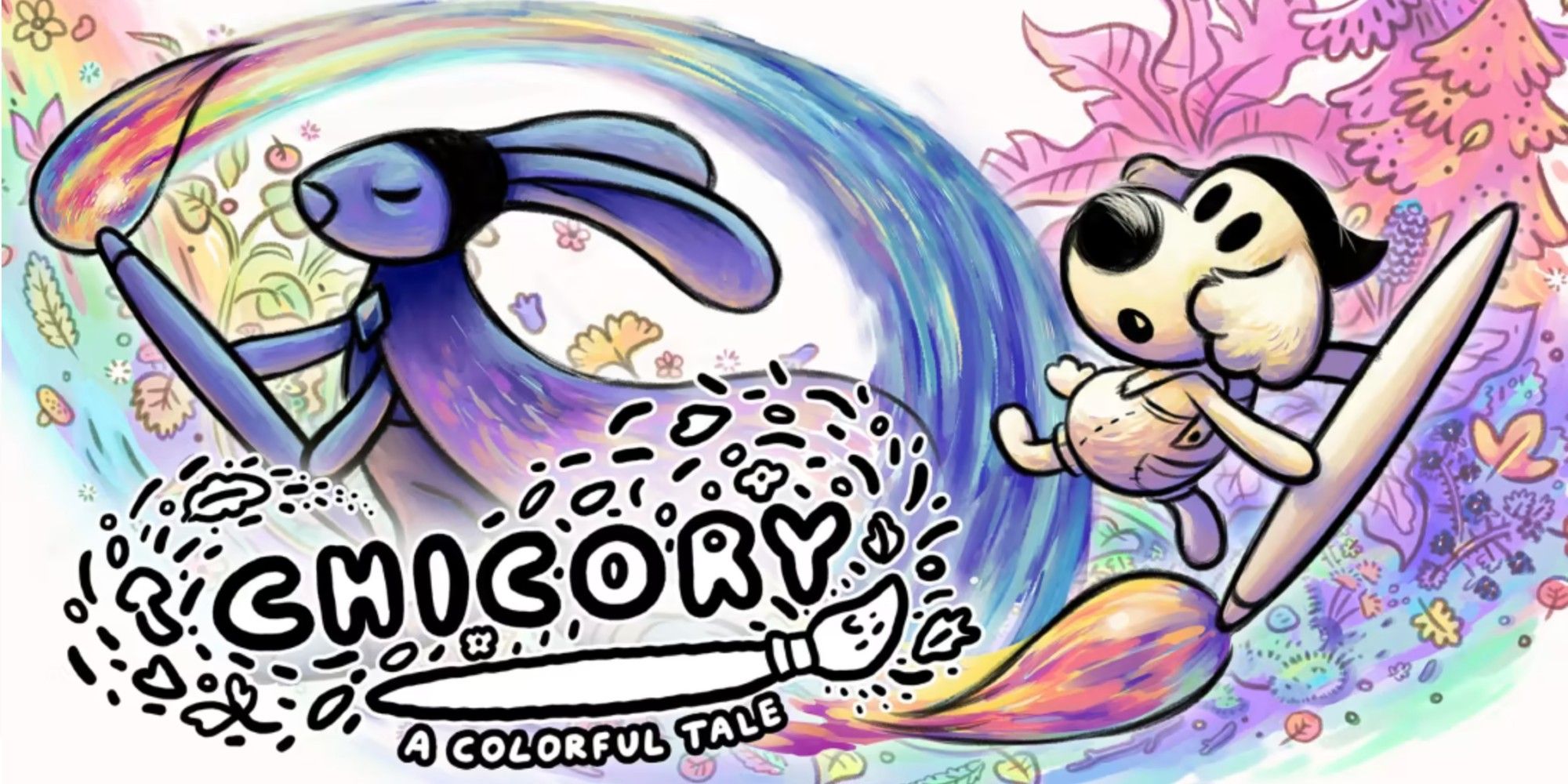 You bring a splash of color to a dull and dreary world in Chicory: A Colorful Tale. You might call this an art game, but the point isn’t really to create beauty — it’s to find enjoyment. The game doesn’t give you a grade on your work, so you can just paint to your heart’s content without having to worry about being judged. I have to admit that it brightened up my life a lot this year. Something about slapping a dash of color onto a blank canvas just makes you feel good. 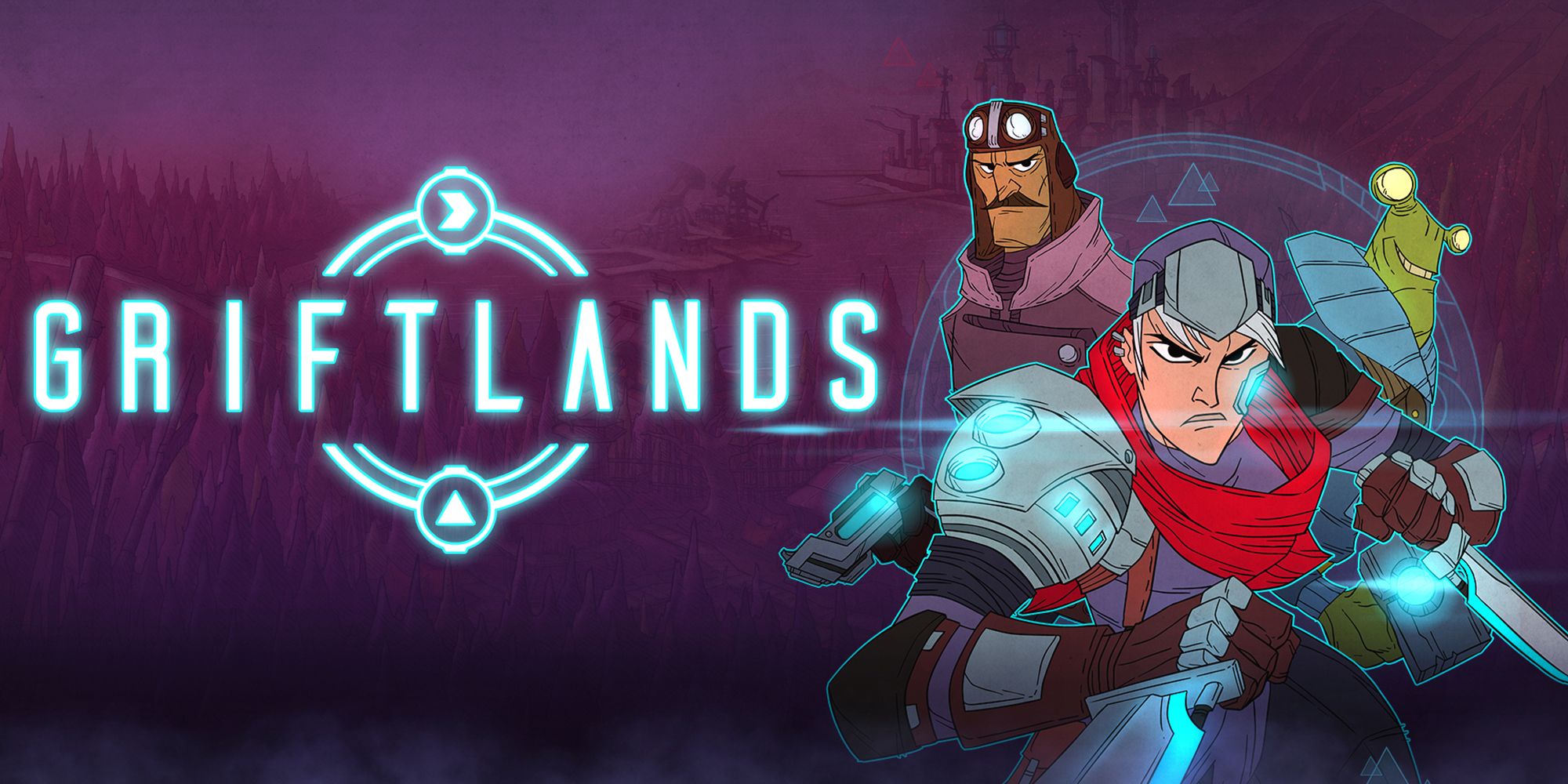 When it comes to cutting throats, you can’t get any better than Griftlands. It has a lot to say about the inner workings of our society in so far as the economy is concerned. The world in Griftlands is definitely dog eat dog, but it doesn’t revel in this like so many other games. You’re supposed to feel a shred of remorse and eventually come to the realization that maybe you’ve got better options. Griftlands also features a brilliant war of words in the form of its negotiation mechanics. You can actually talk your way to success which I found rather refreshing. 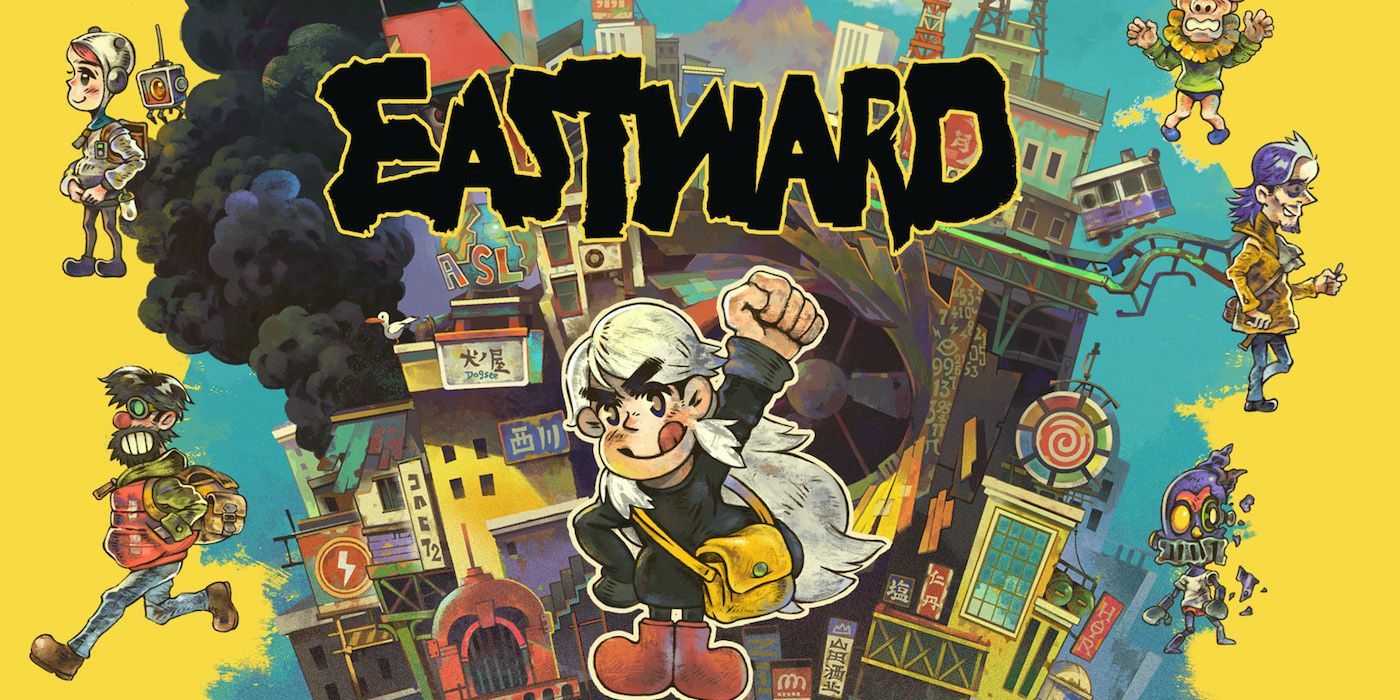 Eastward is all about the daily struggles of ordinary people in extraordinary circumstances. The world is over for all intents and purposes and people are just doing what they can to make ends meet. I found a lot of hope in this narrative and even came away feeling that maybe this particularly dark year we’ve been having won’t turn out so badly after all. The game is about banding together to overcome our collective concerns and I’m still holding out hope that we can pull this off in the real world. In any case, I really enjoyed smashing stuff with my pan. 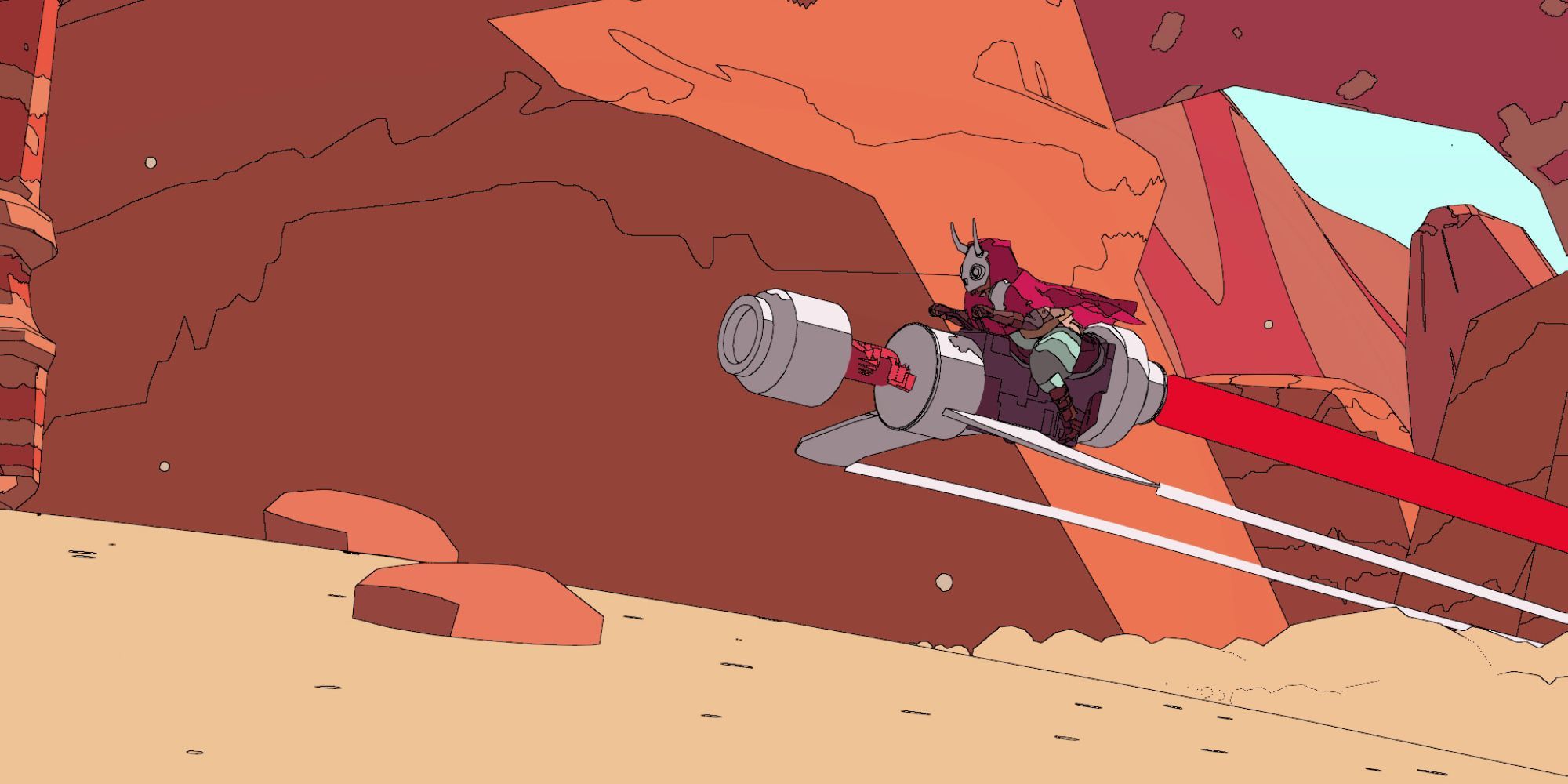 The world is filled with secrets in Sable and I love its unwavering commitment to exploration. You never know what you’re going to find out there and the sense of discovery is truly magical. The experience comes pretty close to capturing what I feel as an archeologist whenever I come across a particularly well preserved artifact. You know that something has to be there and the feeling is pure exhilaration when you see it coming out of the ground. That’s not to mention the game’s brilliant soundtrack and wonderful artwork which will stay with me for years to come. 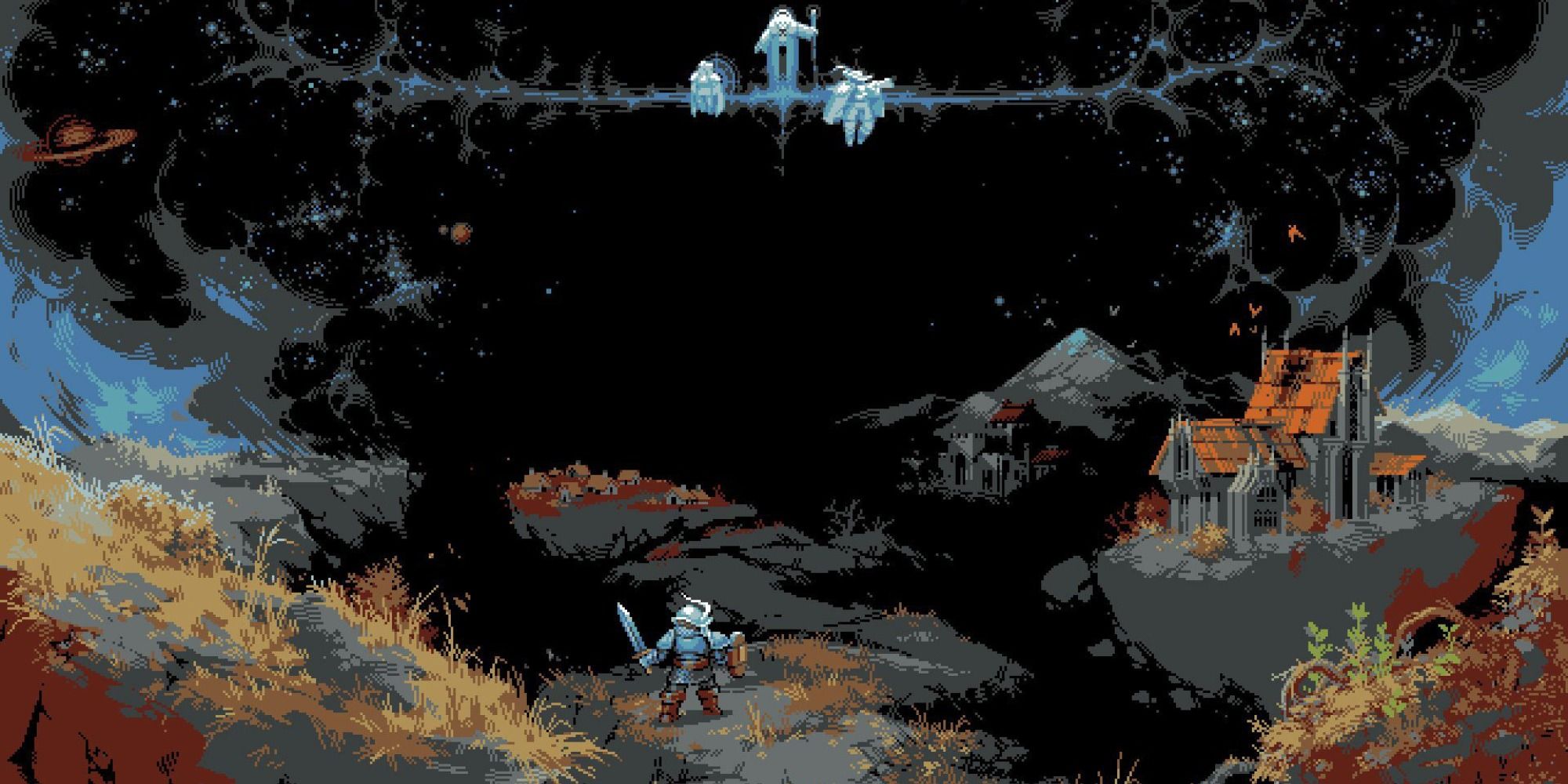 Loop Hero is about rebuilding the world after a cataclysm. This is particularly relevant right now, given our current set of circumstances. The game strikes a hopeful tone though as the hero just plods along regardless of how bad things become, giving the feeling that somehow everything will work out in the end. I want this to happen in the real world, but only time will tell. With its zero player mechanics, Loop Hero is also incredibly innovative. I haven’t seen anything quite like it before and hope that somebody builds on this in the future. 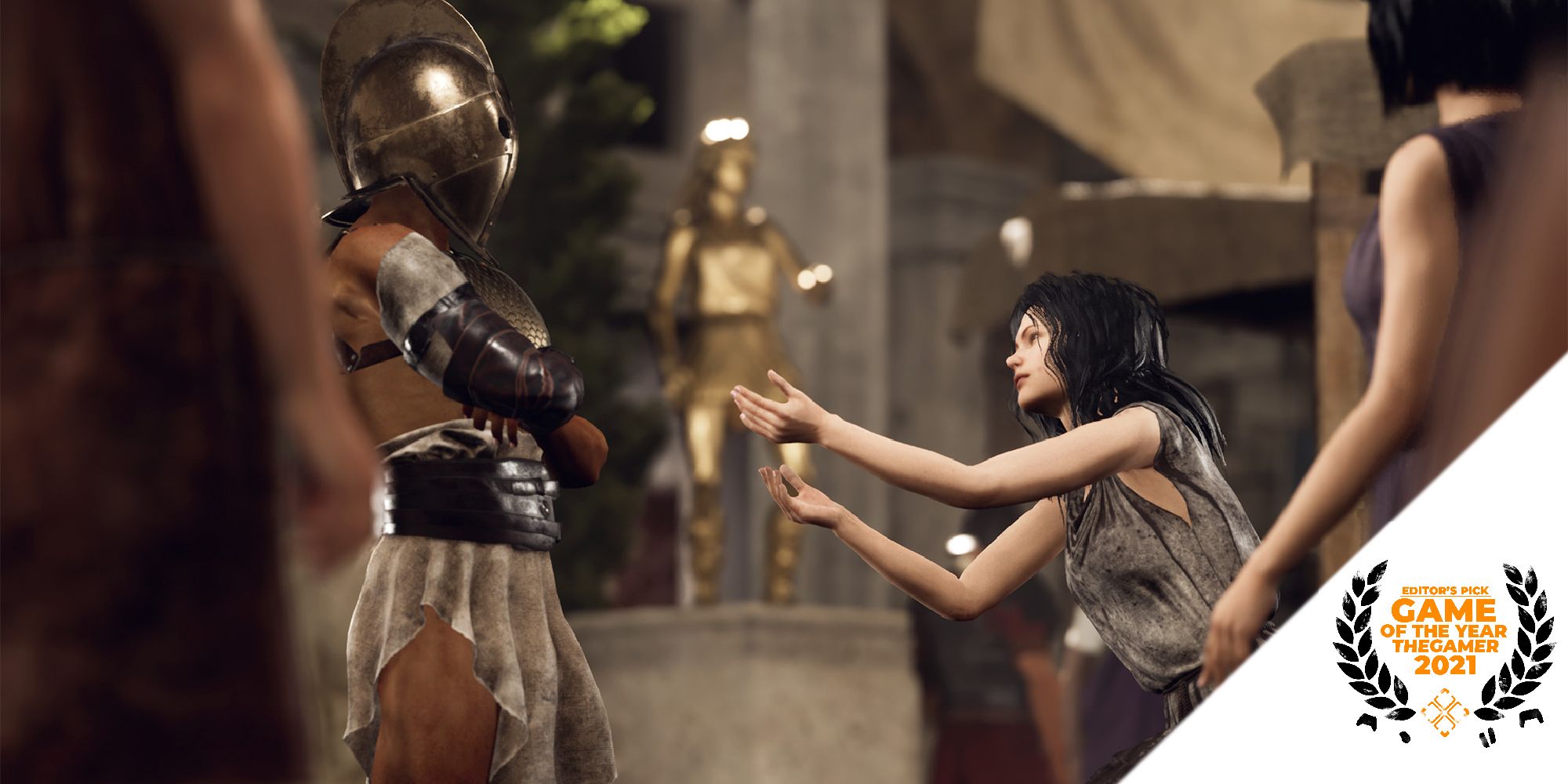 I loved the storytelling and relatable cast of characters in The Forgotten City, but what stood out to me the most was its approach to history. The Forgotten City is full of interesting details about life in ancient Rome including some things that you wouldn’t expect. The best example is the public toilet — try picking up the Sponge Stick and you’ll soon see what I mean. I can attest to the accuracy of the xylospongium. The game was made by just a handful of developers which is quite the accomplishment.