Dark Souls 3 was the first game I played on launch, and I summoned three people to help me take down Vordt. That’s three too many. He’s a pushover, so four people banding together to destroy him is a battle that’s likely never going to happen again. The first week of a Souls game is distilled magic as it’s when the entire community, whether it’s die-hard fans or new players dipping their toes in, fill up the servers and bring the world to life. There are summon signs, invasions, messages, phantoms, and a bustling community piecing together the jigsaw story—it’s a once-in-a-lifetime event. Well, once-in-every-few-years, at least. If you wait for sales, you’re gonna miss that bus.

Even the ‘Return To’ fan events held on Reddit and Discord don’t capture that same feeling of shared, newfound love, like you’re all excited to dig in for the first time together. That’s because those events are seeing only the hardcore fans returning, whereas launch is typically filled with all manner of people of different levels of investment in the game.

I remember hitting the Undead Settlement in Dark Souls 3 in that first week, sitting at the bonfire by the bridge that leads to the big rat and the sewers. I was invaded by the NPC Moundmaker, but there was an ocean of summon signs calling out to me. He didn’t stand a chance. A couple of red phantoms soon joined the fun and it became a mini deathmatch. We clutched the win, losing a Sunbro in the scuffle. After the first week, this ocean of summon signs dries to a trickle. 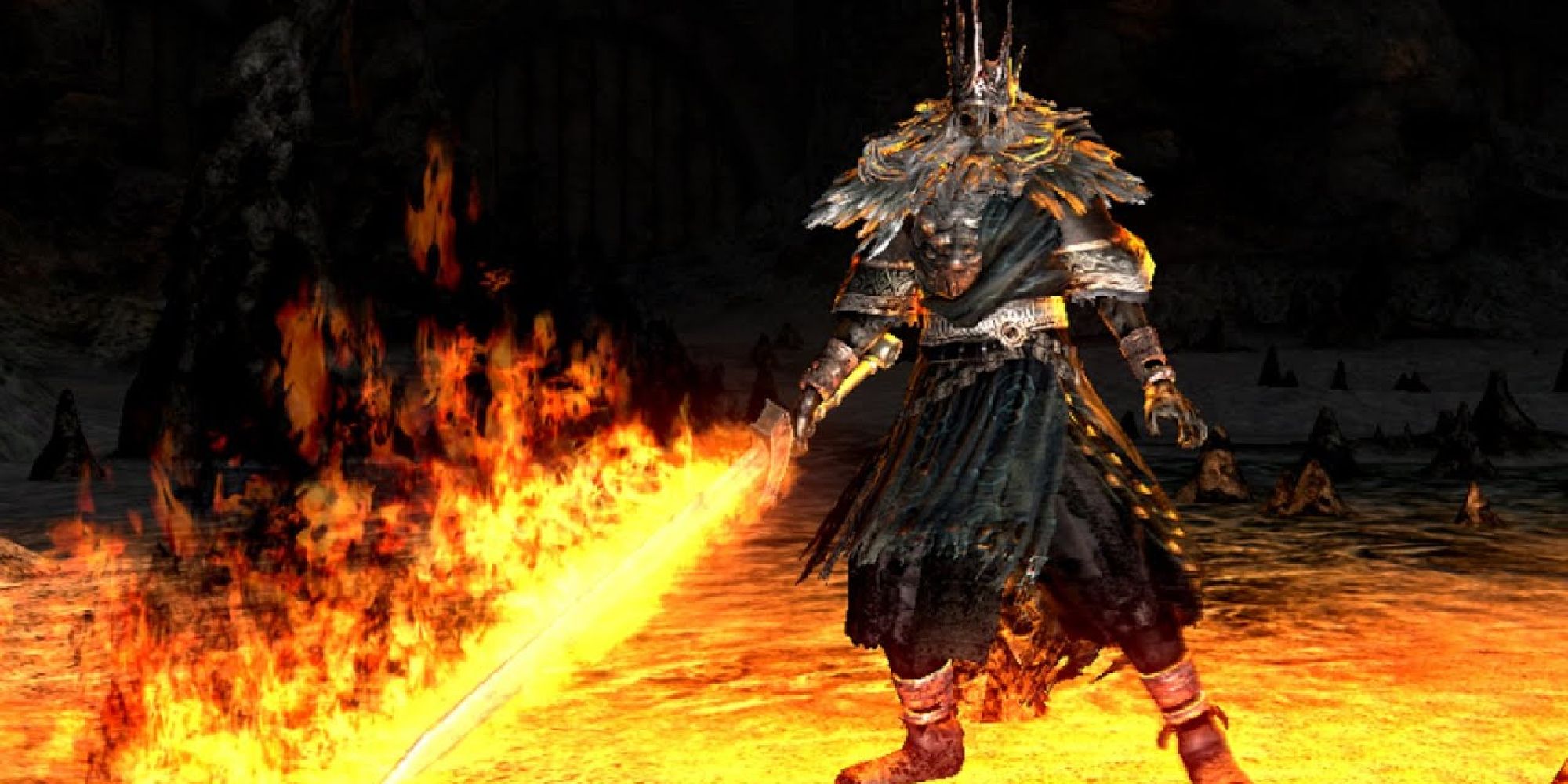 Throughout launch week, Souls games feel like an MMO. You’re constantly bumping into other players who either want to ruin your fun or give you a helping hand. They’re strangers on this bleak path with you, trying to make their way. Solaire would be proud. But Dark Souls doesn’t have the same longevity as other online games so that community eventually dwindles to the odd summon sign while PvP is relegated to hot spots, messages left to gather dust, only ever getting a handful of ratings. Dark Souls’ fire fades online as much as it does in the story, leaving me behind like dusty old Gwyn.

FromSoftware’s last game, Sekiro, missed that. In that game, you still had messages in bottles for other players to find, leaving them tips or tricks, playing the mischievous or helpful phantom, but you couldn’t cross boundaries and help them take down bosses. I wish you could because I wouldn’t have pulled out so much of my hair, but it’s a solitary experience and always will be. However, Demon’s Souls brought the online spark back with its remake, letting so many new fans who missed that first experience get into another online frenzy. Elden Ring is gonna keep that torch going.

The Lands Between is a sprawling open-world unlike anything we’ve seen in a Souls or Soulslike game, and the hype is unprecedented. Sure, fans were ecstatic for Souls 3, but it didn’t break the walls of the fandom as Elden Ring has. It’s a Souls game gone mainstream, in many ways for the first time, and that will be felt on launch as players clamour to help and invade each other. I can’t wait to bring together groups of strangers to hammer down tough bosses, turning them from imposing guard dogs into wimpy chihuahuas.

The hype was felt in Dark Souls 3, Bloodborne, and Demon’s Souls, but Elden Ring is about to be a whole different beast. For previous games, launch week felt like a celebration to the culmination of the anticipation. None of them had the hype leading into them that Elden Ring does, and given how active those games were on launch, Elden Ring should be huge. You won’t want to miss the bus this time around. If you do, it’s not coming back.

Related posts:
02/25/2022 Reviews Comments Off on There’s Nothing Like A Soulsborne’s Launch Week
Hot News
Sony Isn’t Honouring Stacked PS Plus Discounts In Asia
Desinty 2: Season Of The Haunted – everything you need to know
tribulus creatin muskelaufbau
TikTok Is Launching Paid Subscriptions
The Sims 4: Relatable Things Every Player Does
Recent Posts