Riot has finally revealed its first major non-League of Legends game: Valorant. The company’s new game is a major departure from its MOBA past, and doesn’t even draw on similar strategy games like Legends of Runeterra or Teamfight Tactics. To help give you a better idea of what Riot’s new game is all about, we’re going to answer every question you might have about Valorant.

Wasn’t this game called Project A?

Yes, it was. Riot announced Valorant as Project A during its League of Legends 10-year anniversary stream in October. All we knew about the game then was that it was a “character-based tactical shooter.” Now we know a whole lot more, including the fact that its real name is Valorant.

Valorant: How Riot finally made something new

What kind of game is Valorant?

Valorant is a free-to-play team-based tactical shooter with a five-on-five setup. Each match has 25 total rounds; the first team to win 13 rounds wins the match. At the start of each match, players pick characters called Agents. Agents have special abilities like dashing quickly, creating pools of smoke, building walls, or even calling down airstrikes.

The game’s closest comparison is Counter-Strike: Global Offensive, with a little bit of Rainbow Six Siege mixed in. 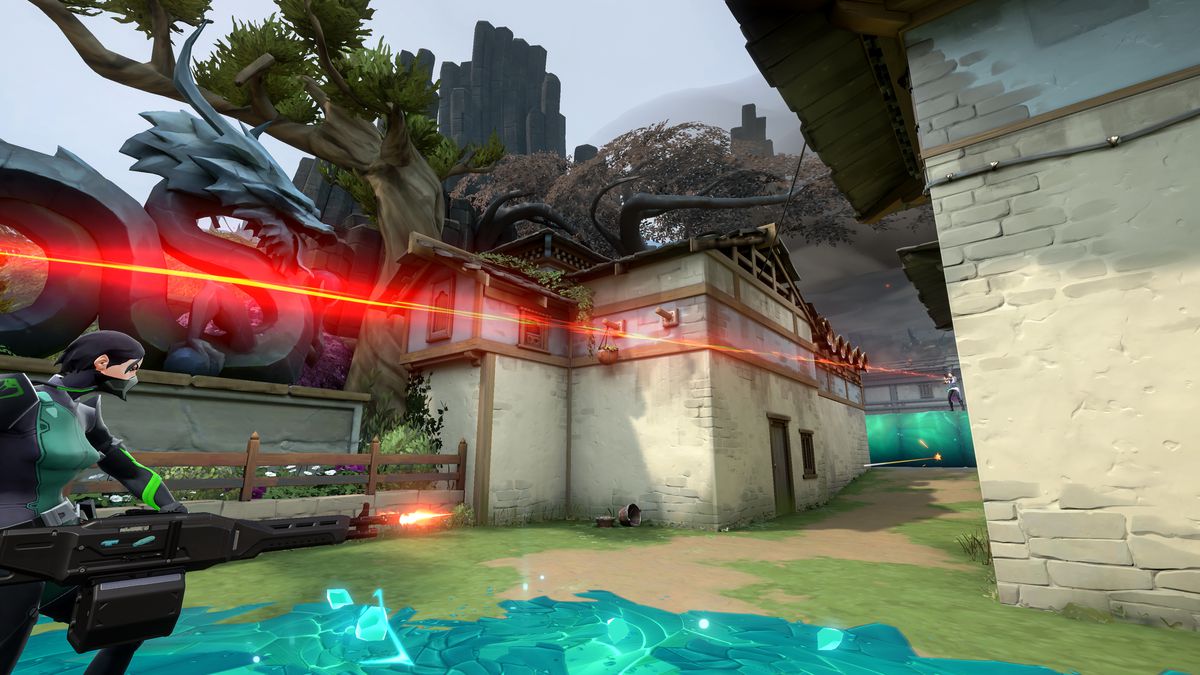 What is the main game mode in Valorant?

The main mode is just like Counter-Strike’s Defuse game mode. There are two teams, one attacking and one defending. The attacking team has a bomb (called the Spike) that they need to plant on one of several different sites. If the attacking team plants the Spike and protects it until it explodes, they win. The defending team has to stop them by waiting out the clock each round. Each player has one life per round, so if one team’s members are all eliminated, that counts as a win for their opponents.

What is Valorant’s setting?

Valorant takes place in our world, albeit a near-future version of it. A cataclysmic event occurs sometime in our future, reshaping the world and its governments. Alongside its geopolitical effects, the event also gives certain hypernatural powers to special individuals. This is how Agents first got their abilities, and how the in-game organization Valorant came to be.

Will there be a story?

Valorant will have story elements, and they’ll be told within and outside the game through media like animated shorts. The events of these shorts will also be reflected in-game via dialogue, changes in the Agents’ look, or environmental elements.

Yes, Valorant will be free-to-play.

When can I play Valorant?

Riot is planning on hosting a closed beta, but there’s no word on when that will be. The good news is that the game is scheduled to launch in summer 2020, so even if you don’t get into the beta, it won’t be long until you can jump in.

Is Valorant a competitive game?

Everything about Valorant is designed with competition in mind. In the version we saw, there was a Casual mode and a Ranked mode, but either way, the game is all about competition.

If this is a tactical shooter, why are there different characters?

While most tactical shooters like Counter-Strike don’t have characters, it isn’t unheard of. Rainbow Six Siege fits within the genre and also features characters, but Valorant’s gameplay is much quicker than that of Siege. As in both Counter-Strike and Siege, players die very quickly in Valorant — so you’ll have to be careful at all times.

Can I change my character during a match?

Nope. Unlike in Overwatch, you won’t be able to switch your character at any point in a match of Valorant. This means that if you pick an Agent that’s especially good on defense, you’ll need to remember that you might be putting your team at a disadvantage on offense. 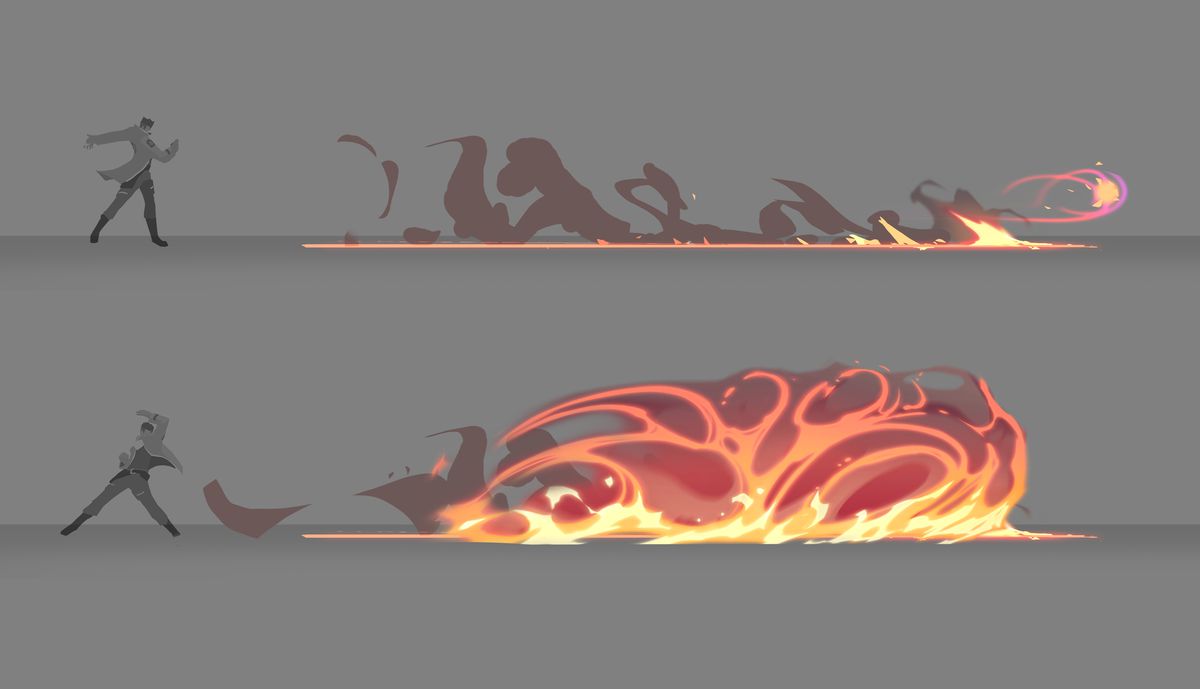 Abilities in Valorant cover a wide range of effects. Some are simple, like the ability to create smoke screens to obscure certain small areas from view or temporarily blind other players.

Other Agents have powers that let them do things like heal or even revive allies, but those are difficult to use because of how fast everyone in Valorant dies. Some Agents can make walls appear out of thin air, scout out enemy positions with a special arrow, or perform a short-range dash in a specific direction.

Will there be new characters added to the game?

Yes, the release of new Agents is definitely part of Riot’s plan. But the studio isn’t committing to a schedule until it sees how Valorant’s initial cast lands with players.

How do you get guns and abilities in Valorant?

Guns have to be bought at the beginning of each round in Valorant, unless you survive the previous round, in which case your loadout will carry over. The game’s guns should be familiar to anyone who has played a modern military game. There are assault rifles, sniper rifles, shotguns, submachine guns, and light machine guns. Most of the weapons in the game, especially the rifles, are capable of one-shot kills with a well-placed headshot.

Abilities also need to be purchased before rounds as single-use items, but they’ll carry over if you die before getting a chance to use one.

Do I have to use abilities, or can I just shoot?

You can absolutely be successful in Valorant without ever using an ability, but you can’t be great. In order to reach the game’s highest level, you’ll need to master both gunplay and ability use. You can get away with just shooting for a while, though, since it’s still the game’s most important mechanic. 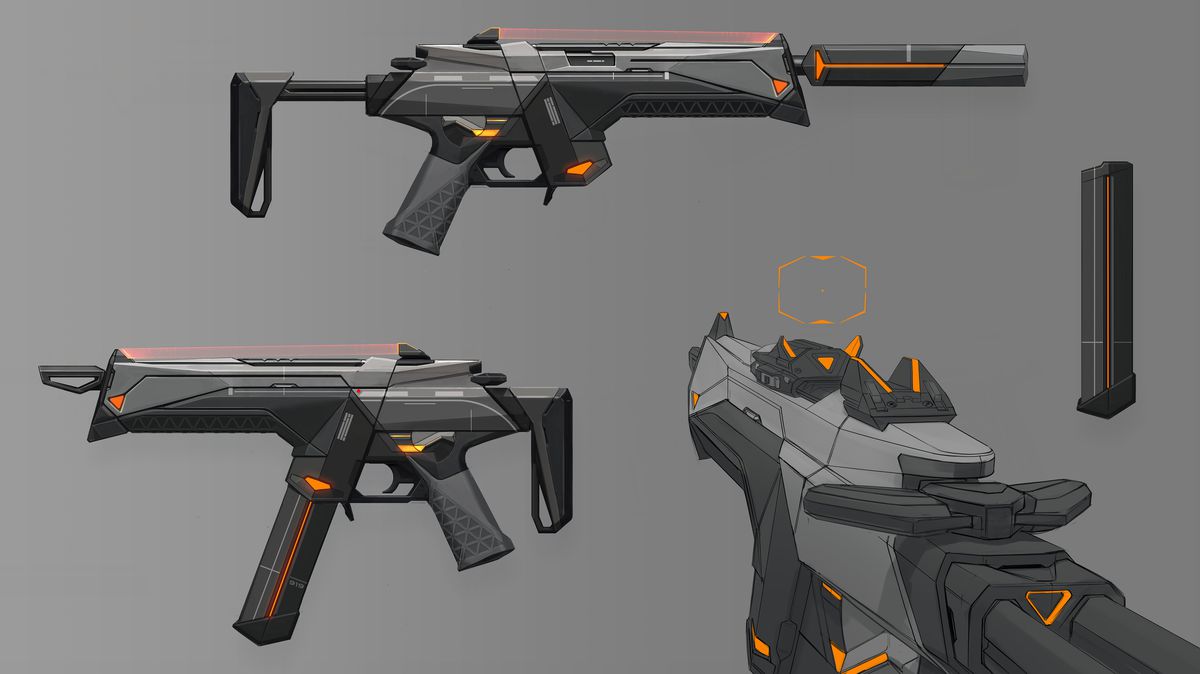 Can I only use abilities if I’m not very good at shooting?

No. You might still find that you’re somewhat useful to your team, but you won’t be doing much good overall if you can’t win a gunfight. There are Agents with easier skills to master, but there aren’t any characters that will make the shooting easier.

Will there be balance updates? How often will they be released?

Riot has proven itself as one of the most adept developers in the world when it comes to balance, thanks to a decade of successful patches to League of Legends, and it’s bringing that same philosophy to Valorant. While the studio isn’t ready to commit to a specific schedule for patches just yet, one developer mentioned League’s current one-patch-every-two-weeks cycle as a possible model for Valorant — though he said that the patches would likely come down to how often the game needs them.

Valorant’s maps are similar to what tactical shooter fans know from Counter-Strike. There are bomb sites, spawns for both teams, and points of interest spread throughout that make for great callouts. The settings for the various maps are related to the game’s story, with locations all around the world.

Each of the two Valorant maps we’ve played so far has had unique twists. For instance, one of them has three bomb sites, while another has no middle area and instead has two one-way teleporters that make a loud noise every time someone passes through them.

While they probably aren’t the only two maps in the game, it’s unclear exactly how many there will be. 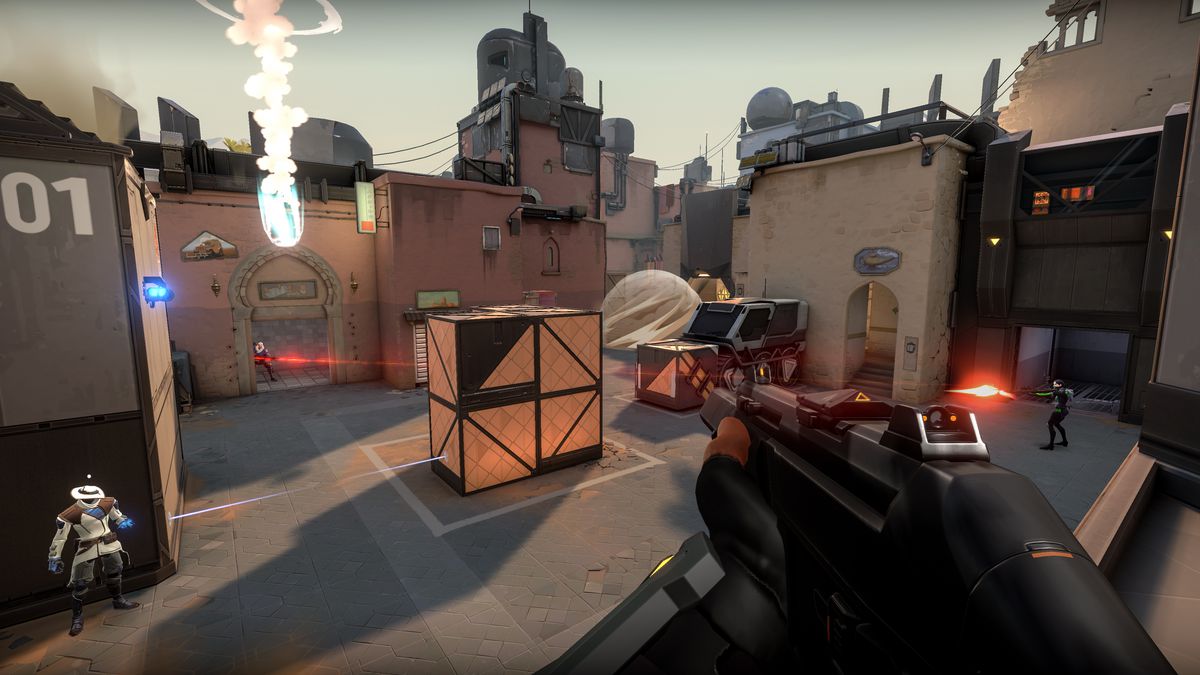 Will there be new maps added to Valorant?

There will be new maps, but Riot doesn’t have definitive time frames for updates. One Rioter mentioned something like a new map every six months to a year, but that was just a vague idea and not a guarantee.

Are there any skins in the game?

Valorant currently has gun skins, which change the way the game’s weapons look. There are no character skins in the game, nor are there specific plans to add them. The development team said that they’re a possibility in the future, but for now, the focus is on gun skins.

Are there loot boxes?

Valorant will not have loot boxes. Players will be able to directly purchase the skins they want from the store. The skins themselves are each for specific, individual weapons, though there are skin packs that bundle a few weapon skins together based on their theme.

Is there a Valorant battle pass?

Yes. Riot didn’t give many details about it, but there is a battle pass-like system in Valorant that gives players new cosmetic rewards the more they play. It’s unclear if there will be a new pass every season, like many other games have used, or how often the rewards will be refreshed.

What are Valorant’s PC hardware specs?

According to a sheet provided to Polygon by Riot, Valorant will run at the lowest possible specs at 30 frames per second on an Intel Core i3-370M CPU with an Intel HD 3000 integrated GPU. Or put more simply, for the less tech-minded: You can play it on a fairly old laptop.