At eight years old, I was a pretty lucky kid.

And by that, I mean I really hadn’t experienced loss by that point, outside of a cat named Sabertooth when I was five. All of my loved ones were fine, no sick or hurt friends. I had made it pretty far in life without having to really face loss or the grief that follows.

Then came Christmas of 1999. My mother always gave me one gift early at the beginning of my school break to keep me quiet until Santa came later in the month. Again, I lucked out and pulled a box from under the tree containing Monster Rancher 2. I was instantly hooked.

I spent hours every day curled up in a blanket on the couch, playing my new favorite on PS1. I remember so much about that Christmas, even better than more recent years. My mother was doing her usual Christmas routine, the tree was lit up right beside me, and I was caring for my new “pet” in a virtual space. 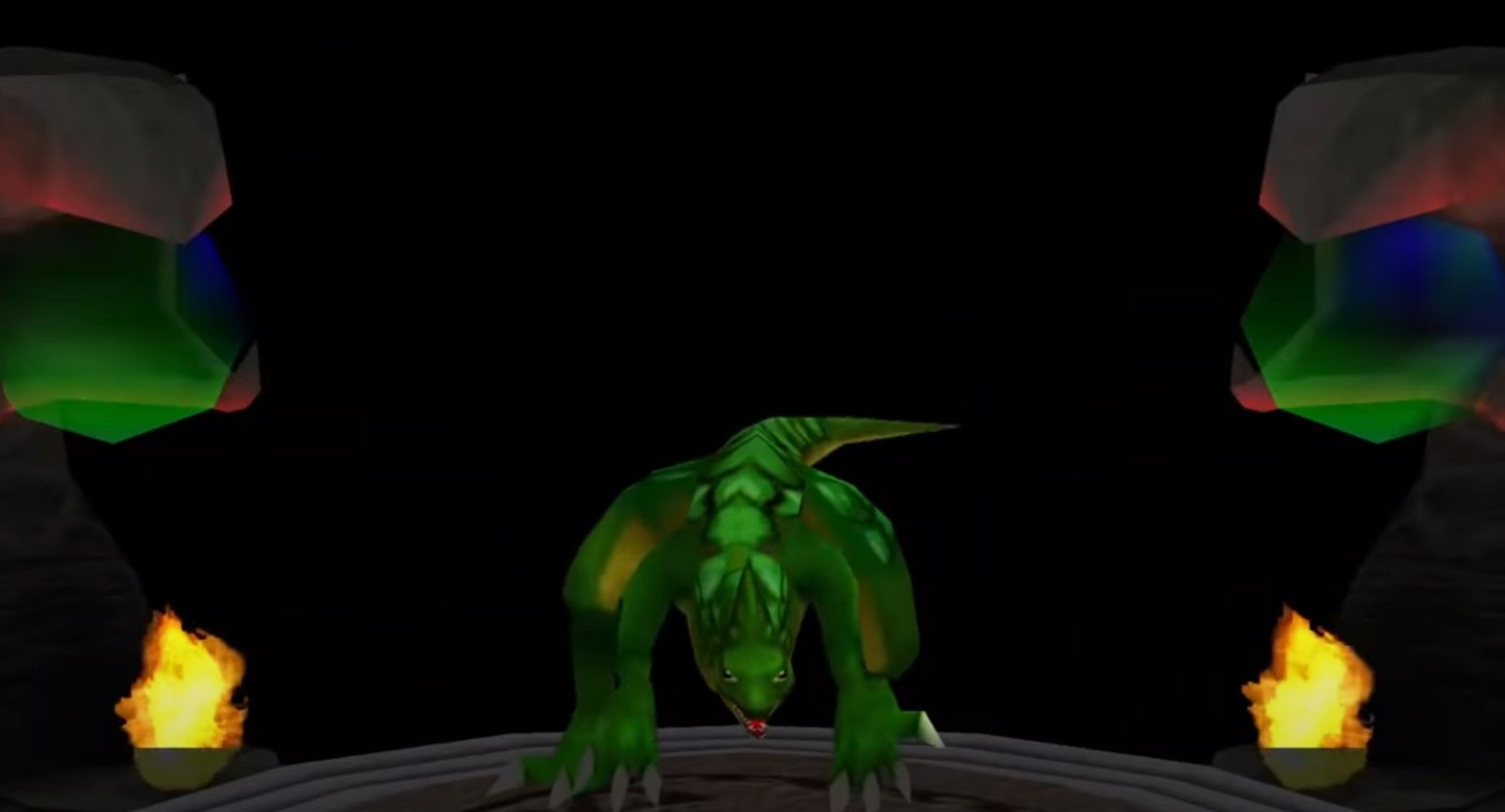 My monster was a Zuum. For the unfamiliar, a Zuum is a green dinosaur and the opposite of the adorable wolf-like creature I had hoped for. As a kid, my favorite monster from the TV series was named Tiger, so I named my Zuum “Tiger” and went about training him since I couldn’t seem to figure out how to snag the wolf.

I don’t know how many hours I spent raising him, but I was attached. I know this went on well after Christmas Day because I distinctly remember that year getting fussed at for refusing to do anything after. But I didn’t care about anything else, I wanted to raise Tiger to be the best monster. As weird as it was, I wanted my unreal pet to experience some semblance of real happiness. I had such little kid concerns over him. Was Tiger happy? Did he like me? Was I gonna let him down?

There was little during this time that made me happier. I raised Tiger alongside a girl named Colt, the partner Monster Rancher 2 send to help you. Occasionally, Tiger would disobey or underperform in battle. Colt would ask if I wanted to scold him, and my immediate answer was always no. Absolutely not. Yet when Colt asked if I wanted to give him a treat? Definitely, give me the most expensive one. Not surprisingly, Colt often commented on how spoiled Tiger was.

This was my first experience taking care of something myself. Something I kind-of perceived as real, but also understood it wasn’t. I could give Tiger treats all day, and not get scolded by my mother for sneaking the dog half of my supper. I felt like I was making this fictional beast really happy, and in turn, I was happy.

Then my fictional world came crumbling down. That night was rough for my eight-year-old emotions. I had decided to enter Tiger into one last tournament. We won, and I celebrated by again praising him and offering treats. Then the music was somber and there was a shooting star. I hadn’t seen this cutscene before. 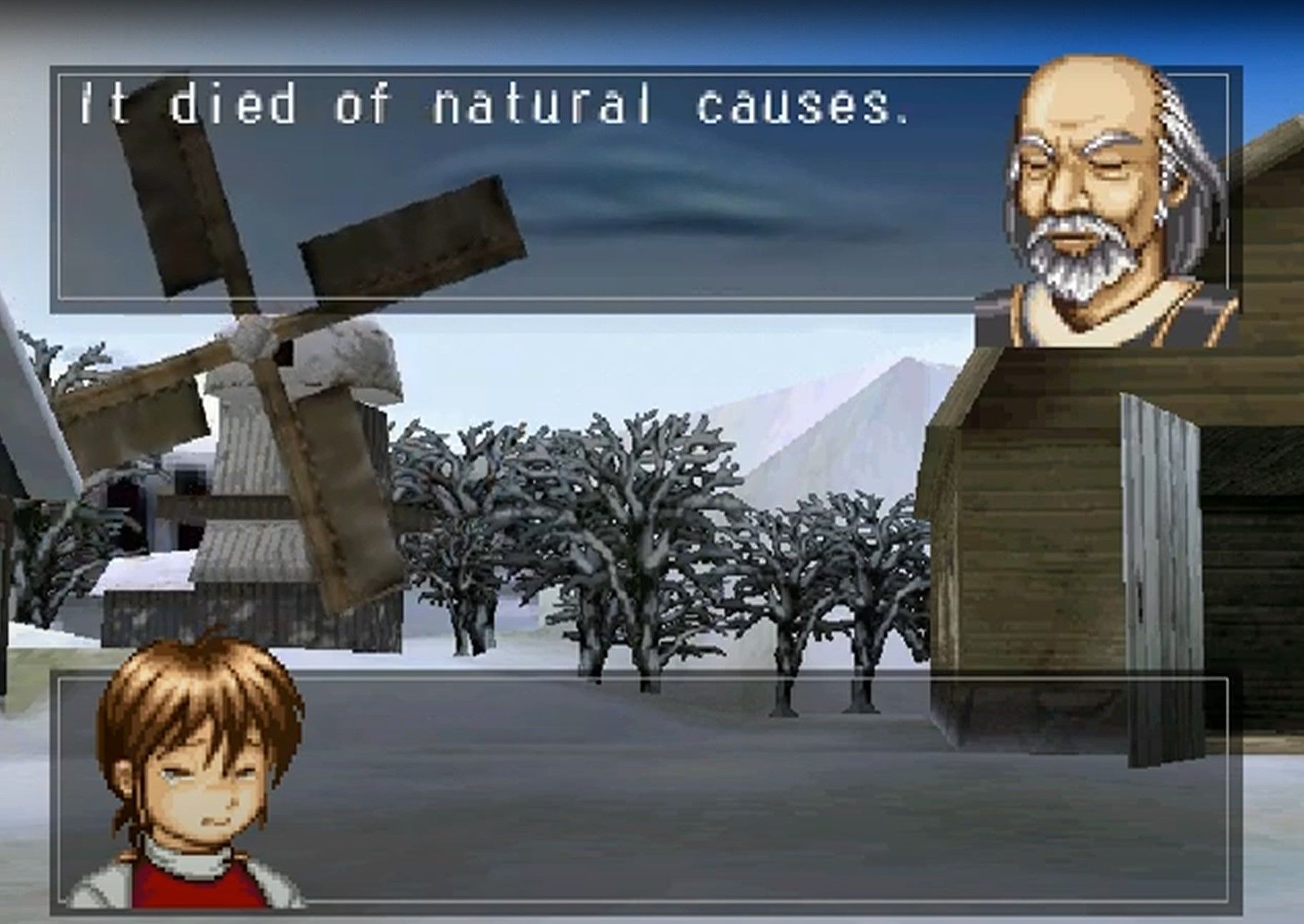 Then I see Tiger, he looked tired and fell to the ground. His pixelated spirit separated from the lifeless pile on the barn floor. I immediately burst into tears – I knew this wasn’t good. I knew it was over for my friend on the screen. I remember Colt and her master solemnly explaining to me Tiger had died of natural causes, but I was still so distraught. We were doing great, and I had taken perfect care of him.

And death was incredibly unfamiliar to me, let alone everything else Colt and Master Pabs were trying to explain. I had to suddenly pay for a ceremony and say goodbye. Regardless of the ceremony, Pabs explains that you must say goodbye to your monster in your own, private way. That stuck with me as a child.

When a monster dies, a montage of stats and battle results scroll down the screen. It’s a pretty silly display to consider while the trainers are mourning the loss of life, but regardless, my eight-year-old body was racked with sobs at this point. I must’ve been loud because my mother showed up to calm me down.

She found me curled into the side of the couch, crying and shaking about some virtual pet that was now replaced with the colorful Monster Rancher 2 start screen. For a long time, she rocked me. I explained the situation to her, I told her about Tiger and how I gave him his favorite snack every week. I told her how good he was in monster battles, and that he had even beaten that stupid giant whale monster on more than one occasion. I kept crying, and she consoled a child so torn up over a game. That was the first time I talked to my mother about death, about grief.

I relived my seemingly meaningless trauma again, loading up a save and showing my mother Tiger’s passing while secretly hoping it wouldn’t happen again. Tiger could no longer eat his favorite snack, or fight the antlion in training courses. I was eight, and finally, I understood that death meant something was irreversible and final. I had seen this concept demonstrated on TV, but never had I been so emotionally invested in something only to have it die.

I didn’t revisit Monster Rancher for a long time. I wouldn’t watch the show or play my game. Instead, I carried a pocket full of tiny plastic monsters I got that Christmas. I took them back to school, to recess, to show and tell. I had immortalized Tiger’s digital spirit in a small piece of plastic, and often thought about how I wasn’t going to get that version of my monster back.

When I finally revisited the game, I learned you could freeze monsters from kids at school. As my new monsters got old, I would panic and freeze them. I could no longer play with them that way, but somehow I felt like I had beaten death. I avoided it as best as I could, but could never forget that I had not avoided it with Tiger.

That old PlayStation game introduced me to a very real concept that would hit me hard in the months and years to follow, on too many occasions. Death was something I had begun to understand from my childhood adventures with a Zuum before it became a lived experience.

My virtual encounters with death would only grow more intense with time. I was introduced to games like Final Fantasy shortly after, which made no stranger of death and its finality. I learned to grieve from these virtual spaces, retreating back to the days with Tiger when I could not understand how to grieve for real people.

Those early lessons in grief taught me more than I would have expected from a PS1 game. “Remember, the most important thing is not the type of funeral, but your loving thoughts” – that’s what Master Pabs would say.

It doesn’t even matter whether or not you hold a ceremony. You say goodbye in your own private way.

Next: Faith, Rage, And Andraste’s Grace: How Romancing Leliana Helped Me Reconcile With My Trauma 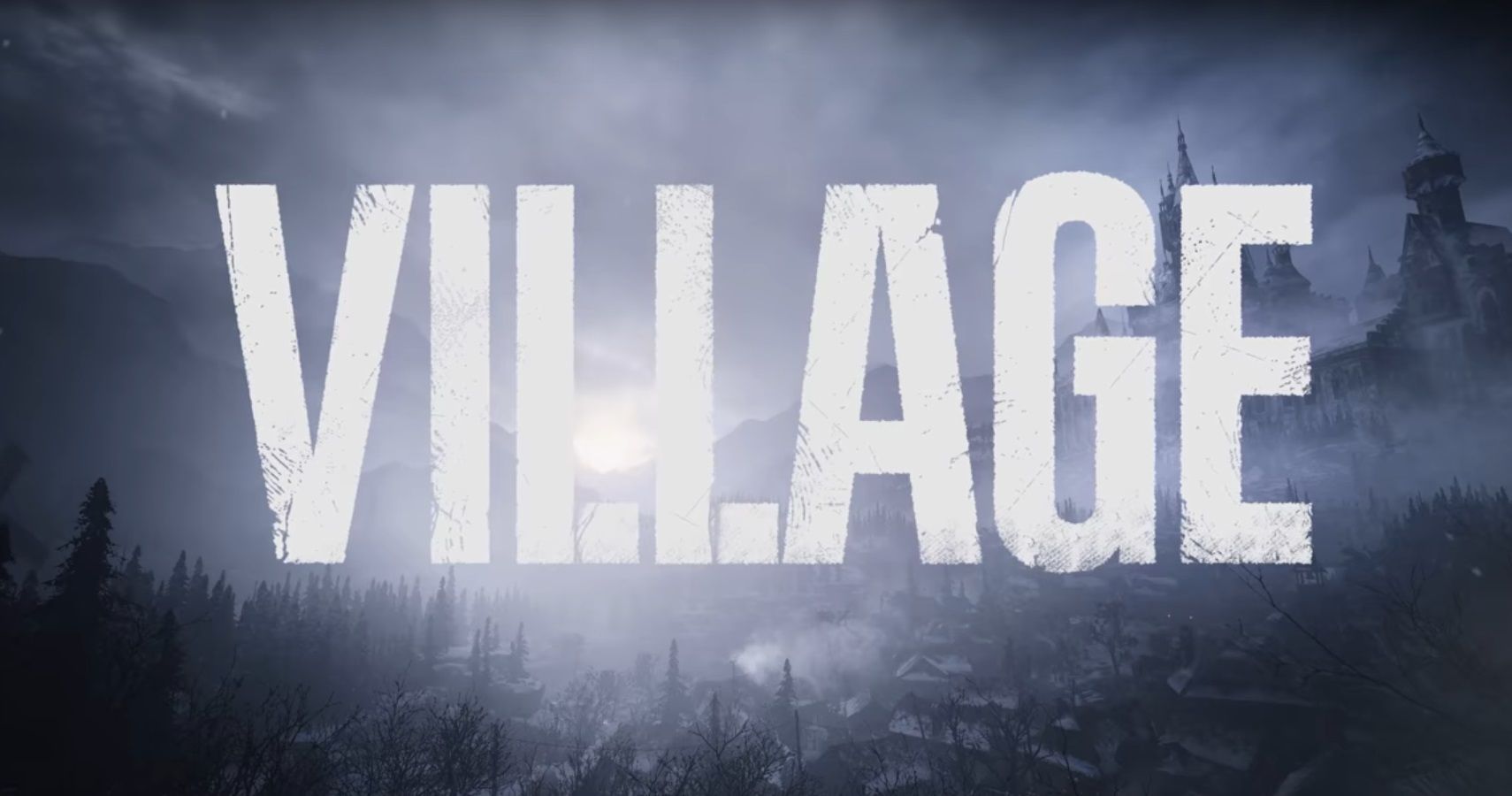 Related posts:
12/15/2020 Reviews Comments Off on What I Learned About Death And Loss From Monster Rancher 2 As A Child
Hot News
Parent Shares Bright Idea To Stop Kids Turning Your Xbox Off
Konami Is Shutting Down Three Production Divisions
Japan, IOC Deny Reports of Olympics Cancellation
atorvastatin generic lipitor side effects
valtrex bleeding
Recent Posts
This website uses cookies to improve your user experience and to provide you with advertisements that are relevant to your interests. By continuing to browse the site you are agreeing to our use of cookies.Ok