Nintendo is running out of Wii U exclusives to port over to the Switch. As a piece of hardware, the Wii U was a commercial failure, yet it housed a number of fantastic games that showcased Nintendo at its most creative – whether it be through Super Mario 3D World, Pikmin 3, or The Legend of Zelda: Wind Waker HD. The console is packed with classics, so it made perfect sense when Nintendo began translating its library over to a bigger console with an ever bigger audience. Four years since the Switch’s arrival, and the library has almost been tapped dry, but a few classics remain that desperately deserve a second home.

Monolith Soft’s Xenoblade Chronicles X sits at the top of this pile, a colossal JRPG that pushed the Wii U further than it had any right to with its sprawling world, ambitious story, and a well of mechanics so deep that you’d have to play dozens of hours to even stand a chance of seeing them all. It was also a complicated game, one that was designed specifically for the last generation console and would likely require some severe rejigging to enhance it for the modern landscape. However, I shared the same opinion of The Legend of Zelda: Skyward Sword, which is now due a Switch port in a matter of months, with Nintendo putting in the work to ensure its motion controls work, and you can even play without them. Fast travel is now locked behind an amiibo though, which really sucks.

Xenoblade Chronicles X relied on the gamepad to manage resources and toy with certain aspects of your character, all of which will need to be fundamentally changed to accomodate an experience that no longer has access to a second screen. It’s doable, but compared to similar ports that simply required improved visuals and a few small adjustments, this seems to be a more demanding undertaking. That potentially explains the delay, and Xenoblade has enjoyed ample attention in recent years with the release of Xenoblade Chronicles 2 and Xenoblade Chronicles: Definitive Edition – both of which have proven hugely successful and show there’s an appetite for Monolith’s take on the JRPG genre. Plus, Shulk, Pyra, and Mythra have been added to Super Smash Bros. Ultimate, giving the franchise access to a new audience. So why not introduce this Wii U gem to such a crowd, showing them how sick it is to pilot a mech above an uncompromising alien world? That is, if you don’t mind spending 30ish hours grinding for it. 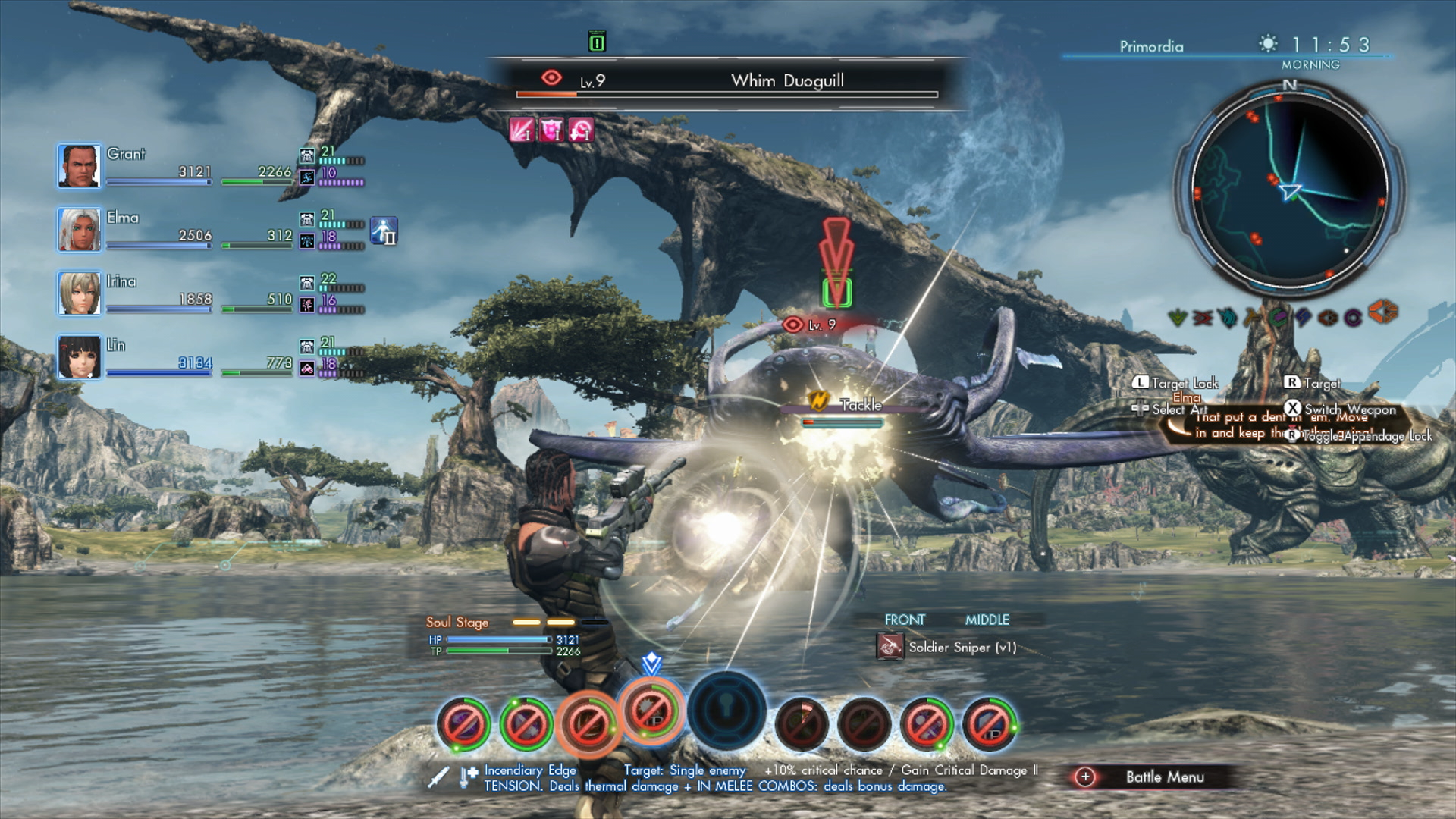 I’ll be the first to admit that Xenoblade Chronicles X has a few flaws. It’s arguably overlong, too mechanically ambitious for its own good as it throws countless amounts of information at the player and expects them to absorb it, learn all of these new systems, and move onto the next thing in a matter of minutes. For genre newcomers this is a lot to take in, and the incredibly anime approach to fanservice and plot elements only furthers the obscurity in which this unusual sequel is more than happy to occupy. A remaster could remedy many of these evident issues, making the entire game more accessible to those who might have cut their teeth on the games that would eventually arrive on Nintendo Switch.

Low production values and a dependence on boring combat encounters and fetch quests to push the narrative forward also made Xenoblade Chronicles X hard to swallow, with many of its greater elements such as the aforementioned mech, hidden behind hours upon hours of playtime that would ultimately prove tedious. For a JRPG lover like myself, I was able to push past many of these issues, but that won’t be the same for everyone. Similar to stepping onto Gran Pulse for the first time in Final Fantasy 13, taking control of your very own mech in Xenoblade Chronicles X comes with a sense of liberation, a testament to your newfound freedom amidst a world that was previously traversable only by your own two feet. 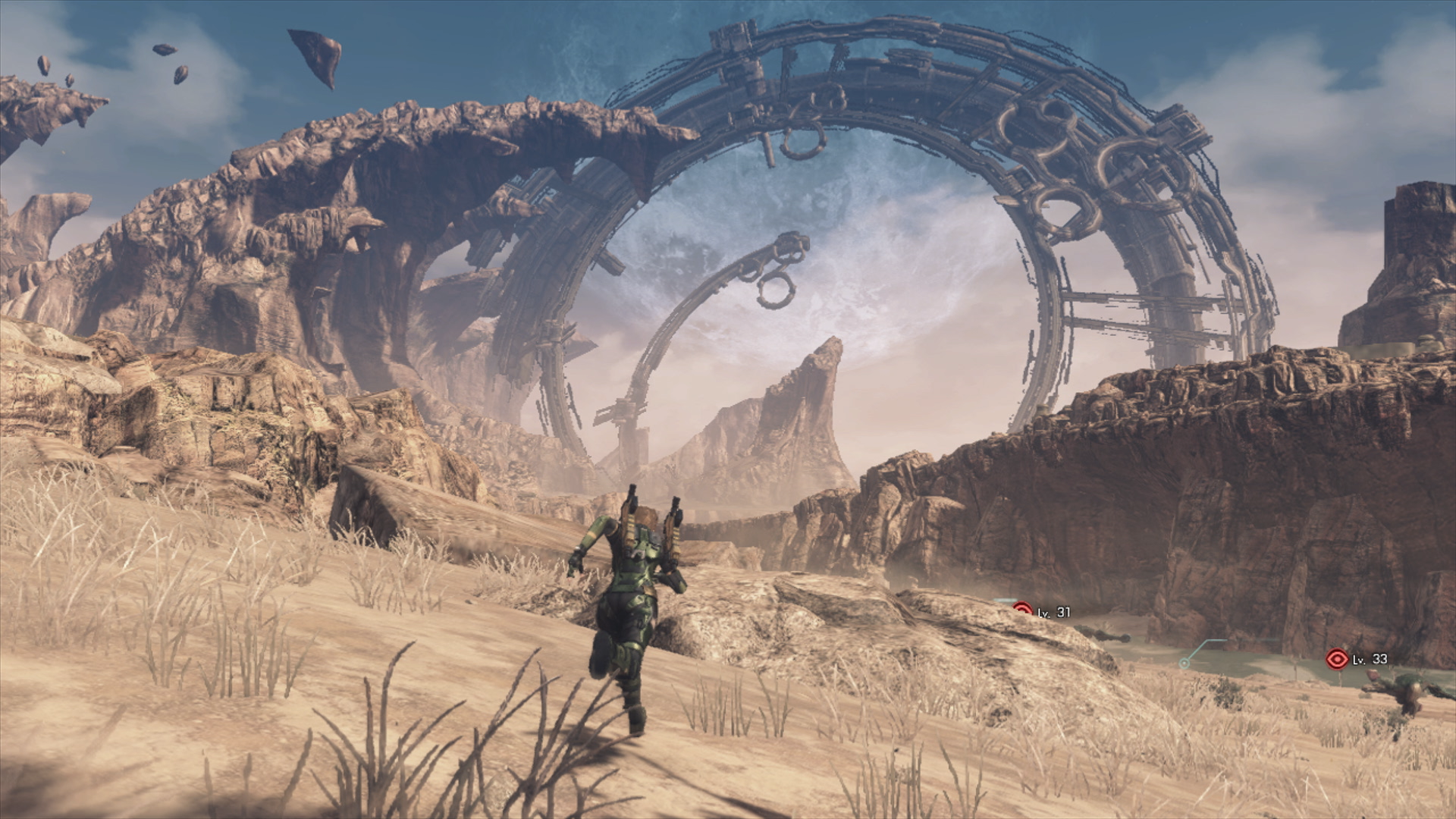 It opened up a literal world of possibilities, but for many, they’d long abandoned the journey because the obstacles ahead seemed too arduous. Monolith Soft hid much of the games brilliance behind systems and mechanics that often weren’t very fun to engage with, and a remaster could be the beginning of addressing these issues and transforming the game into the JRPG classic it was always destined to be. The sequels and remakes that followed would abandon many of the sci-fi tropes that Xenoblade Chronicles X would relish in, opting instead for cute anime girls and other weeaboo nonsense to do the heavy lifting. Don’t get me wrong, I loved this shit – the Wii U exclusive simply had more substance.

All this being said, I hope a Nintendo Switch port is in the works, or a dedicated remaster that applies a shiny new coat of paint while doing away with many of its more obnoxious elements. Xenoblade Chronicles X made such a huge impression upon its arrival because it was almost unparalleled in scope and ambition, yet such a grandiose vision was held back by needlessly complex mechanics and a budget that seemingly couldn’t stretch to accommodate them. With the franchise as a whole now more popular than ever, perhaps it’s time for a second coming? I just hope the gamers don’t cry about the creepy parts being censored again in the localised release. We had enough of that with Tokyo Mirage Sessions.