Since the console’s launch in 2013, players have been clamoring for a way to eject Xbox One discs from the comfort of their couch. The Xbox 360 allowed players to eject remotely using the Y button. But the feature didn’t make it to the Xbox One. However, the latest Xbox Preview Program patch, available to Xbox Insiders, appears to restore the beloved feature.

According to a poster on the Xbox One subreddit, some Xbox Preview Program members can now press X on the Xbox One’s home screen to remotely eject whatever disc is inside their drive. What players do with the disc once it’s dangling outside the disc tray is their own business. 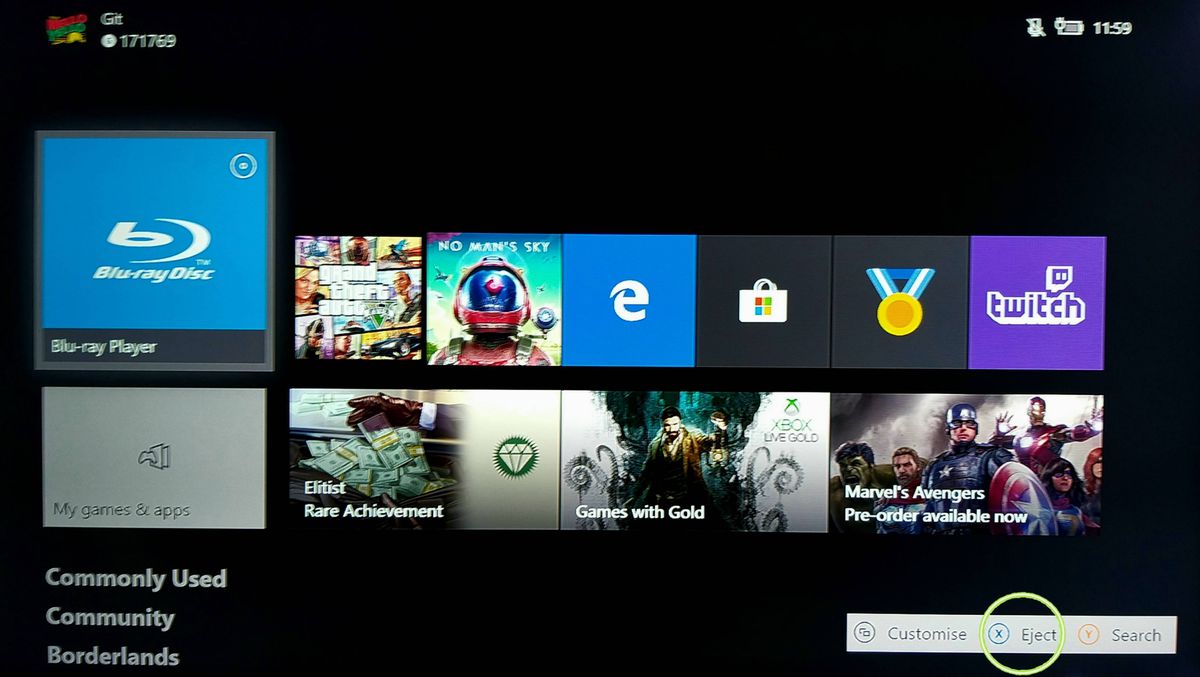 With the new preview patch, you can press X to eject your disc on the Xbox One
Image: Reddit user rockstarleopard

Fans have been asking for this feature for sometime, usually when their Xbox One’s eject button isn’t working properly. But once Microsoft publishes this update for all players, fans won’t need to worry about a broken eject button ruining their favorite console. The addition of this accessibility feature falls in line with Microsoft’s recent initiatives with the Xbox One Adaptive Controller and more.

We’ve reached out to Microsoft for confirmation and when it plans to release this feature for all players.

Related posts:
02/24/2020 Xbox Comments Off on Xbox One update will finally let you eject discs with a controller
Hot News
World of Warcraft: Dragonflight – Enhancement Shaman Complete Guide
This Week In Pokemon: Scarlet & Violet Patch, Kissing Meowscarada, And More
The Callisto Protocol Has A PUBG Easter Egg, Despite It Being Removed From The Canon
Dragon Age: Dreadwolf Is Still "Deep In Development"
Sonic Frontiers’ Combat Nearly Became Like Bayonetta And Devil May Cry
Recent Posts